A Fundraising Hat Trick for the Inside Affair and Fête GASTROnomique

Events in Vancouver, Montreal, and Toronto Raise $210,000 for the GI Society

The GI Society’s highly respected initiatives touch the lives of millions of Canadians affected by gastrointestinal and liver conditions. Everyone knows someone affected by a digestive disease or disorder, and yet this health area is rarely discussed and critically underfunded. The Inside Affair events in Vancouver and Toronto, and Fête GASTROnomique in Montreal this past October allowed those communities to come together and show support for this patient population, generating more than $210,000 in essential new funds for the GI Society’s charitable work.

At each event, a variety of entertainers delighted the crowds while attendees enjoyed exceptional food and refreshments. Gloria Tsang, a dietitian and founding editor at healthcastle.com, kicked things off in Vancouver as emcee at V by Earl’s Restaurant in Yaletown. “I’m proud to be a friend to the GI Society,” she said. “Our goals and strategies are much the same – we aim to provide simple, honest, evidence-based information that people know they can trust.” All three of the other guest speakers in Vancouver were physicians: James R. Gray, gastroenterologist at the Vancouver General Hospital and Chair of the GI Society; Riad Sherif B., President of Novartis Pharmaceuticals Canada Inc., and Treasurer of Canada’s Research-Based Pharmaceutical Companies (Rx&D); and Anna Reid, family physician in Yellowknife, who is also the most recent Past President of the Canadian Medical Association.

A few days later, the Fête GASTROnomique took place at Le Challenger in Saint-Laurent. Denis Boucher, a partner at National PR, emceed the evening with optimism and compassion. Guest speakers included Claude Perron, Second Vice President at Rx&D, and Christiane Laberge, a family physician and media personality who introduced a premiere viewing of the GI Society’s new French language video on IBD. As of this printing, it has already received thousands of views on YouTube.

Gary Fabian, the GI Society’s Executive Director for Quebec and Atlantic Canada, explained that GI and liver patients are among the most vulnerable in our society. Many of these socially stigmatized diseases are invisible but have debilitating effects on a person’s life. The GI Society’s vital awareness and knowledge transfer activities provide the community with hope, opportunity, and help. The GI Society is also in a unique position to bring patients’ most important concerns all the way up the line, through to health care providers, industry, and government decision-makers. Sustainability of this work is crucial.

The following week, deep in Toronto’s Distillery District at the Fermenting Cellar, supporters gathered once again for a very special Inside Affair evening. John Crean, Managing Partner at National PR, led the proceedings, which included talks from Janssen Inc. president, Chris Halyk, and YouTube legend Dr. Mike Evans, who introduced a viewing of the GI Society’s collaboration, a video on IBD. Since its release last summer, it has garnered more than 16,000 views! The positive feedback for this awareness video has been abundant. Rosalind O’Connell, a Toronto attendee, said, “Dr. Mike Evans was an engaging speaker who is so adept at communicating complex medical concepts in a way that everyone can understand. His whiteboard videos are both educational and entertaining and he should be commended for his contributions to health care both in Canada and abroad. It was a pleasure to be part of such a well-organized and informative event!”

The GI Society’s President & CEO, Gail Attara, also spoke, explaining how all of the important activities of the organization start by putting patients first. Funds raised through these events will support the GI Society’s core knowledge transfer, awareness, and community outreach programs, including patient information pamphlets, online information and outreach, public lectures, the Inside Tract® newsletter, and numerous other crucial initiatives.

Please consider donating to the GI Society. There are many ways to give, including a one-time donation, monthly giving, legacy gifts, and other options. Send your cheque today or make a credit card donation through our secure online portal at www.badgut.org. If you are interested in including the GI Society in your will, call our office to make an appointment to talk personally with our CEO, Gail Attara. Together, we can take charge of managing GI and liver health, diminish the social stigmas around these illnesses, and improve patient access to health care in Canada.

“Congratulations on a successful Inside Affair event in Toronto! The event provided a wonderful opportunity to learn more about the valuable work the GI Society is doing, as well as the opportunity to network with professionals from all backgrounds whose common goal is to help improve the lives of Canadians living with gastrointestinal disease.” ~Rosalind O’Connell, CGI Group

Gloria Tsang is an accomplished nutrition expert, committed to helping people lead healthier lifestyles through nutrition education and awareness. Her articles have appeared on various media, such as Reuters, NBC & ABC affiliates, The Chicago Sun-Times, Reader’s Digest Canada, iVillage and USA Today. Gloria founded HealthCastle.com as a hobby site in 1997 when a family member was diagnosed with cancer. Since then, HealthCastle.com has become the largest nutrition network online serving millions of readers.

With extensive experience in both family practice and specialized hospital care, Dr. Anna Reid has an in-depth understanding of health care systems and issues related to improving quality of care. Known as a mediator and consensus-seeker, she brought a strong work ethic, sense of humour, vision and passion to her position as President with the Canadian Medical Association.

Dr. Sherif B. was appointed President of Novartis Pharmaceuticals Canada Inc. in 2011, where he has been employed since 2002. He has more than 20 years of experience in the pharmaceutical industry with a large international exposure, predominantly in marketing, sales, and general management roles. Dr. Sherif B. is the Chairman of Montréal InVivo, a member of the Executive Committee and the Board of Directors of Rx&D), and the Chair of Rx&D BC. 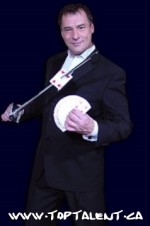 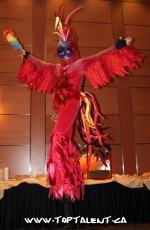 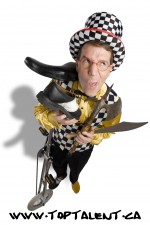 Russell Williams is a passionate advocate for innovation in health care and in economic development. Since joining Rx&D in March 2004, Mr. Williams has promoted policies that improve patient outcomes by expanding patient choice and access to new medicines and vaccines. He works tirelessly to ensure that Canada is a world leader in attracting biopharmaceutical investments, which are key components of the knowledge-based economy. Prior to joining Rx&D, Mr. Williams had a successful career in provincial politics and community service. For fifteen years, he represented the Montreal riding of Nelligan in the National Assembly of Quebec.

John Crean is responsible for the strategic and operational performance of NATIONAL Public Relations. He brings more than 20 years of diverse communications experience as a public relations consultant to the team. Managing all aspects of his clients’ assignments, John’s experience ranges from product launches and media relations to crisis counselling and coalition-building. His background encompasses accomplishments in the life sciences and pharmaceutical sectors, having provided his clients counsel in a variety of highly sensitive areas. He also chairs the board of directors of Hospice Palliative Care Ontario and formally sat on the board of the New Haven Learning Centre.

Chris Halyk was appointed President, Janssen Inc. in 2006. Janssen is a brand name pharmaceutical company headquartered in Toronto, Canada and a member of the Johnson & Johnson Family of Companies. Born and raised in Canada, Mr. Halyk holds an Honours Business Administration degree from the University of Western Ontario. He is the Chair of the Board of Directors for Rx&D, the industry association for Canada’s Research-Based Pharmaceutical Companies.

Dr. Mike is a staff physician at St. Michael’s Hospital and an Associate Professor of Family Medicine and Public Health at the University of Toronto. Dr. Mike runs two media labs and a film company – no white lab coats allowed – where he fuses creative types, such as film-makers and designers, with best evidence. His video “23 and ½ hours” has been hailed as the most successful health education video ever and has had more than 4 million views since it was posted on YouTube.

He has started a medical school for the public (Mini-Med School @ U of T), written an award winning kids book (the Adventures of Medical Man), and is the syndicated house doctor for CBC weekend morning radio. In 2012 he was awarded the Gold Medal for Social Media at the Web Health Awards and he was chosen a Zoomer top 45 Canadians over 45 one of 5 global Health Heroes by the CBC.

Gail Attara’s motto, “The patient comes first,” directs her resolve for patient-focused health care and commitment to increasing awareness about the seriousness of gastrointestinal illnesses in Canada. She has a solid background in public relations and fundraising and is an active community volunteer in Canada serving on numerous collaborations, such as the Best Medicines Coalition, where she currently serves as Chair. 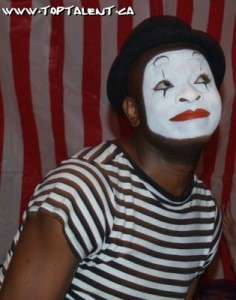 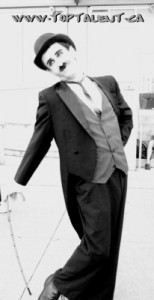 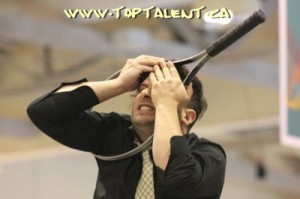 This is a primarily French language event, but will include many bilingual guests.

Denis Boucher brings an in-depth knowledge of the world of communications based on the experience he has gained while working on a variety of challenging projects since starting his career. A reporter with French CBC in Toronto, he then went on to work in Ottawa as a press secretary to two senior cabinet ministers. He later worked for Merck for close to five years as manager of public affairs. In 1999, he joined NATIONAL PR, where he has been called upon to occupy increasingly senior responsibilities reflecting the quality of the service and counsel he brings to his clients.

Specializing in family medicine and pediatrics since 1977, Dr. Christiane Laberge works with the public in CLSCs and runs her own private practice. A prominent voice for the health industry throughout several media, she speaks daily on the Paul Arcand radio show with COGECO on 98.5FM, and has been on the television news channel LCN-TVA for several years. Dr. Laberge is also committed to many community based events in which she regularly takes part.

Gary Fabian is a senior executive with a long career in the health, pharmaceutical, and consumer packaged goods areas. He has worked with AC Nielsen and IMS Health, both large information and market research firms, as well as with The JBL Group, an independent consultancy specializing in health policy and market access. Gary also volunteers his time to charities, especially to the West Island Palliative Care Residence, where he is vice-president and treasurer. 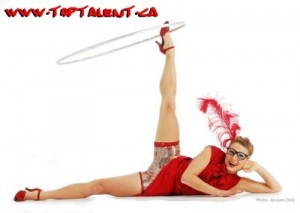 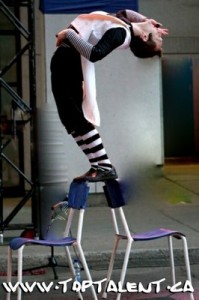