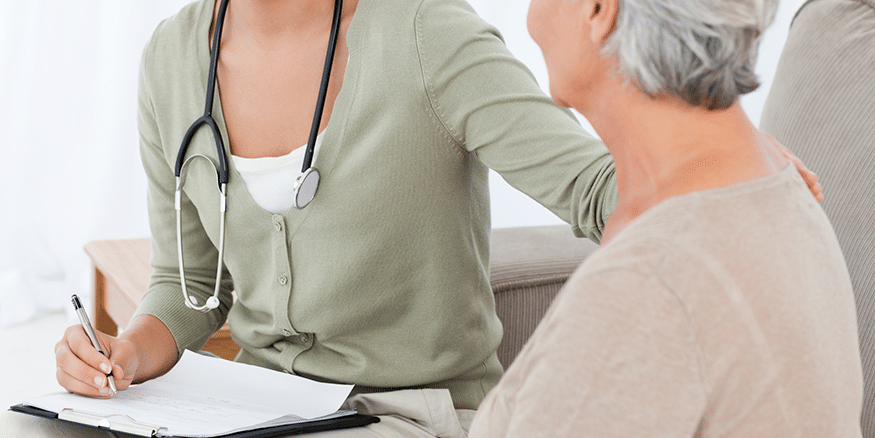 A rare disease with symptoms worth knowing

Neuroendocrine tumours (NETs) are rare, small, slow-growing tumours most often originating in the gastrointestinal tract and lungs. They can also develop in the pancreas, ovaries, testes, and other areas of the neuroendocrine system. When left undetected or untreated, NETs can eventually spread (metastasize) to numerous other parts of the body, such as the liver, lymph nodes, bones, and even the brain. Despite a long-held belief among the medical community that NETs are generally benign, research has found that more than 50% are cancerous.1 NETS are very uncommon, though potentially fatal, with approximately 2 new cases of neuroendocrine cancer for every 100,000 people in Canada each year.2 With improved awareness, early detection, and advances in treatment options, doctors could diagnose and effectively treat more NETs before they metastasize or even before they become cancerous.

NETs are rare, with approximately 682 cases each year in all of Canada.

The neuroendocrine system produces various hormones that regulate digestion, stress response, thyroid activity, and other bodily functions. Functional NETs are those that produce hormones or biologically active substances similar to those produced by the healthy cells around them. For example, NETs in the pancreas may produce insulinlike hormones, resulting in low blood sugar levels. Nonfunctional NETs do not produce any hormones, but they can eventually transform into functional tumours. NETs are not usually genetic, with the exception of rare inherited conditions called multiple endocrine neoplasias (MEN-I and MEN-II A+B), which can lead to NETs.3

The medical community is still determining the best way to categorize these tumours, as they can be found in many different areas of the body, behave differently depending on their location and stage of development, and can cause varying symptoms. The London Health Sciences Centre in Ontario suggests three main categories that cover the majority of NETs: carcinoid, pancreatic endocrine, and pheochromocytoma & paraganglioma tumours.2

The wide range of possible symptoms includes abdominal pain, flushing, diarrhea, wheezing, chronic cough, recurrent lung infections, bloating, heart palpitations, headache, low or high blood pressure, skin rashes, heartburn, stomach ulcers, and weight changes. Specific symptoms usually depend on what type of neuroendocrine tumour is present and whether it is functional. Diagnosis currently takes an average of 5-7 years from the initial onset of symptoms,4 as physicians may initially misdiagnose patients because symptoms are similar to many other, more common conditions such as irritable bowel syndrome, celiac disease, or possibly Crohn’s disease.

“Physicians may initially misdiagnose patients because symptoms are similar to many other, more common conditions such as irritable bowel syndrome, celiac disease, or possibly Crohn’s disease.”

Once diagnosed, treatment will likely involve a team of medical professionals that may include oncologists, gastroenterologists, surgeons, radiologists, pathologists, endocrinologists, and nurses. Tests conducted during treatment and monitoring might include various types of X-rays, scopes of the gastrointestinal tract, and ultrasounds to check for gallstones or blockages of the bile duct. The medical team will develop a specific treatment plan that will depend on the location, development, and activity of a patient’s tumour(s).

When detected early, surgeons can remove NETs before they have a chance to metastasize or break through the walls of the organs. The likelihood of NETs having metastasized is directly proportional to the size of the tumours when doctors first detect them. For example, a diameter greater than 2cm suggests a 50% chance the tumours have spread to other areas.4 Surgeons will also treat NETs by physically reducing tumour size, even when not completely removing the tumours, to decrease symptoms and to clear scarred or blocked areas of the intestine.

Somatostatin is a naturally-occurring hormone that helps control other hormones and biological substances related to the neuroendocrine system. The drug octreotide (Sandostatin®) is a synthetic, more potent form of somatostatin, and it is the most common medication used to treat the symptoms related to NETs. Octreotide can be short- or long-acting and it is administered either as an injection under the skin (subcutaneous) or muscle (intramuscular), or into the vein (intravenous). Usually through regular urine tests, doctors will monitor and adjust octreotide levels and administration methods in accordance with changes in a patient’s tumour(s) or related symptoms. Patients normally need to maintain octreotide treatment for the rest of their lives. Recent evidence suggests that octreotide and similar somatostatin analogues might also inhibit or reverse the growth of NETs.5 Interferon, a naturally-occurring substance that the body’s immune system produces, is available as a biological medicine for NETs and is often used in combination with somatostatin analogues. For pheochromocytoma and paraganglioma tumours, doctors may also prescribe medication to reduce high blood pressure or to address anxiety.

As with other types of cancer, when surgery fails to control the situation, treatment can include chemo and radioisotope therapy. The medical team will administer treatment in a number of combinations depending on a particular patient’s surrounding circumstances. Specialists sometimes use hepatic artery chemoembolization (HAC) for cancerous tumours in the liver; it involves the injection of a mixture of radioisotope and chemotherapy into the hepatic artery. Specialized surgeons may also perform radiofrequency ablation (RFA), which targets specific types of liver tumours.

As researchers expand the knowledgebase surrounding NETs, better diagnostic, monitoring, and treatment options will likely follow. If physicians catch NETs early, it is possible to cure some individuals through surgery. Even though these cancers are extremely rare, it is important that you do not ignore gastrointestinal or other symptoms. If you experience ongoing diarrhea, abdominal pain, panic attacks, heart palpitations, wheezing, bloody sputum, or unexplained low blood sugar, please talk to your physician.

The first Worldwide NET Cancer Awareness Day was held on November 10, 2010. “If you don’t suspect it, you can’t detect it.” Visit www.netcancerday.org.

For more information about NETs and related cancers, visit the Carcinoid Neuroendocrine Tumour Society of Canada (CNETS) at cnetscanada.org.

First published in the Inside Tract® newsletter issue 178 – 2011