Download a pdf of this short bowel syndrome information. 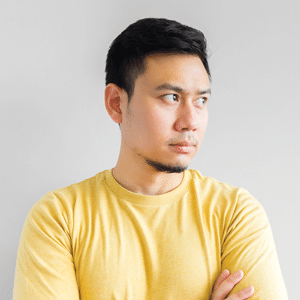 Short bowel syndrome (SBS) occurs when the small intestine ceases to function properly due to trauma, disease activity, or when too much of it has been removed. SBS results in inadequate nutrient and fluid absorption as well as chronic and/or frequent diarrhea. It can lead to dehydration, malnutrition, fatigue, weight loss, and a variety of other health problems. Management might include extreme dietary modifications, medications, and further surgeries.

The principal function of the small intestine is to digest and absorb dietary nutrients, including proteins, carbohydrates, fats, vitamins, and minerals. The digestive tract works with support from colonic bacteria and other organs (the liver and pancreas), to break down complex foods and to extract the nutrients. Water and salt are absorbed into the body via the large intestine.

The need for surgical resection can occur for a number of reasons, including blocked or restricted blood flow to the bowel, a strangulated intestinal hernia, Crohn’s disease, gastrointestinal cancer, radiation therapy, a perforated bowel, a twisting or tangling of the small intestine (volvulus), congenital defects, and some other rare diseases. In infants and small children, the most common causes are congenital intestinal anomalies or a disease that causes bowel tissue death in premature babies (necrotizing enterocolitis).

The symptoms and severity of SBS vary according to the part of the intestine that is affected. For example, the duodenum absorbs iron, calcium, and magnesium. The jejunum absorbs fatty acids, amino acids monosaccharides, and water-soluble vitamins. The ileum absorbs fat-soluble vitamins (A, D, E, K), vitamin B12, and bile acids. Therefore, loss of function in any one of these parts has its own implications as to what the body will end up having difficulty absorbing from the food an individual consumes.

Symptoms of SBS typically include chronic diarrhea, fatigue, bloating, cramping, weight loss, dehydration, and malnutrition. Many of the most devastating complications occur specifically because of this malnutrition.

Gastric acid hypersecretion can occur in individuals with SBS, especially in the immediate aftermath of a surgical removal of part of the intestine (resection). High levels of stomach acid can enter the altered intestine and interfere with absorption of nutrients.

Vitamin and mineral deficiencies can cause many additional aggravating symptoms, including visual disturbances, dryness of the eyes, prickling or tingling feelings on the skin, muscle spasms, easy bruising, blood clotting problems, and difficulty breathing on exertion.

Electrolyte imbalances can result when the small intestine is unable to absorb minerals such as potassium, sodium, and magnesium adequately, resulting in weakness, nausea, headaches, and irregular heartbeats.

Steatorrhea is dietary fat remaining in the feces after passing through the small intestine unabsorbed. In a normal small intestine, bile salts, which are essential for fat absorption, enter the gastrointestinal tract from the gallbladder. These bind to fat, which together and are absorbed at the terminal ileum. When this part is missing or damaged, then an excess amount of fat passes in the stool. Steatorrhea causes stool that floats, is grey in colour, and is exceptionally foul smelling.

Kidney stones can also result when unabsorbed fat in the colon binds with calcium, preventing the normal combination of calcium and oxalate, a compound found in plant foods. When the colon absorbs oxalate that is unbound to calcium, the body passes it in higher than normal amounts in the urine, resulting in oxalate kidney stones.

While having 50% or more of the small intestine removed is a strong indicator of SBS, physicians use these tools to make a diagnosis: blood tests, physical examination, and stool examination. Blood tests can reveal vitamin, mineral, and electrolyte deficiencies. Physical examination can help a physician observe loss of muscle mass, inability to maintain weight, and dermatological conditions related to vitamin deficiency, such as rashes or scaly skin. Stool examination is useful for identifying whether an individual is absorbing a healthy amount of fat and carbohydrates.

There are a variety of options for the management and treatment of short bowel syndrome, covering the spectrum of nutrition, medication, and surgery.

In the aftermath of intestinal resection, patients initially require the delivery of fluids, electrolytes, and liquid nutrients into the bloodstream through a tube placed in the vein (intravenous, or IV), called total parenteral nutrition (TPN) or parenteral nutrition (PN). This phase may last from 3-4 months. However, the major focus within 2-4 days after a surgical resection is on long-term intestinal adaptation. Depending on the extent of the resection, some individuals are able to resume a modified oral diet within a few weeks of surgery. Adaptation for others might take up to a year. Remarkably, during adaptation, the remaining intestinal villi will grow in length and thickness to compensate for the loss of intestine, thus increasing the remaining surface area for nutrient absorption.

Enteral and oral nutrition are two mechanisms that assist in intestinal adaptation. Enteral nutrition involves the delivery of a special liquid food mixture to the stomach or small intestine through a feeding tube. This mechanism stimulates adaptation of the intestinal villi. Patients must have a partially functioning GI tract for this to be effective.

Once out of the adaptation phase and able to eat orally, diet and eating habits might be able to help prevent malnutrition and dehydration. Dietitians will customize diet plans, which vary according to which parts of the remaining intestine are functioning.

While oral nutrition is preferred, some individuals might be unable to acquire adequate nutrition through diet alone. In serious cases, even enteral nutrition might not work well and it could be necessary to use TPN long-term. However, this is complex therapy with risk of serious complications including central line infections, bone disease, and liver disease.

In addition to nutrition, a physician might prescribe medications, whether prescription or over-the-counter, to relieve some symptoms and to address the underlying condition.

Anti-diarrheal medications slow down the time it takes food to pass through the small intestine by decreasing the rate of contraction and relaxation (peristalsis) of the intestinal muscles. Drugs in this category include diphenoxylate (Lomotil®) and loperamide (Imodium®). Codeine might also be helpful.

Bile acid sequestrant, cholestyramine (Olestyr®), reduces the incidence of bile-salt diarrhea by increasing the removal of bile acids from the body. As the body loses bile acids, it replaces them by converting cholesterol from the blood to bile acids, which also causes blood cholesterol levels to decrease.

Glutamine is the most abundant amino acid in the body and is involved in more metabolic processes than any other amino acid. It helps promote gut integrity by acting as an energy source and preventing the passage of intestinal bacteria through the gut mucosa into other bodily tissues and organs (bacterial translocation). Bacterial translocation can lead to buildup of harmful bacteria and their toxins (sepsis), typically through infection of a wound and can be fatal. Glutamine acts as a major fuel source for the white blood cells of the immune system. It improves nitrogen balance, thereby helping those with SBS avoid the occurrence of nutritional stress in which the body uses more protein than it takes in. Glutamine might also reduce diarrhea because it aids in the reabsorption of sodium and water.

You can purchase oral glutamine in some health food stores, pharmacies, and online. Products include NutreStore® and GlutaSolve®. Discuss with your physician before using it for short bowel syndrome.

Teduglutide (Revestive®) was the first medication approved by Health Canada to treat adults with SBS who need extra nutrition or fluids from parenteral feeding. Teduglutide is a glucagon-like peptide (GLP-2), which helps the intestines absorb nutrients and fluid. It works by regenerating cells in the intestinal lining, improving intestinal absorption of fluids and nutrients, promoting growth in the surface area of the small intestine lining, and possibly restoring gastric emptying and secretion. Patients can inject it just under the skin (subcutaneously) once a day in the stomach area, upper legs, or upper arms.

Regrettably, surgery might still be necessary when other therapeutic options are not working. These focus on increasing the intestines’ absorptive properties and are either non-transplant or transplant surgeries.

Non-transplant surgeries involve manipulating the intestine to lengthen it. In the Bianchi procedure, a surgeon cuts a portion of the bowel lengthwise into two pieces and joins them together end to end. This results in a narrower, but longer segment of the bowel. Surgeons typically reserve the serial transverse enteroplasty (STEP) procedure for children who have enough small intestines remaining to lengthen and restore function. In the STEP procedure, a surgeon makes a series of cuts in the small intestine and staples it back together in a ‘zig-zag’ pattern, resulting in a narrower, longer bowel. Because of the intestine’s new shape, food takes more time to move through the bowel, thus increasing its time in contact with the bowel lining and the chances of nutrient absorption.

In the case of small bowel transplantation, a surgeon removes the diseased small bowel and replaces it with a donor intestine. However, this procedure comes with potential complications, including organ rejection, infections, and the excess production of white blood cell lymphocytes that results in lymphoproliferative disease. To lessen the incidence of rejection, individuals are required to use immunosuppressive drugs. Nonetheless, surgical techniques and immunosuppressive drugs continue to improve, increasing the chances of successful transplants.

For individuals with short bowel syndrome, especially those who have had a large part of their intestines surgically removed, the goal is to enhance intestinal adaptation, enhance nutrition, and eliminate the need for total parenteral nutrition. The future of treatments for SBS revolves around improving ways to maximize bowel adaptation and refining techniques for intestinal transplantation. For now, though, a variety of options exists for helping individuals manage symptoms.

A strong team for effective management will generally include gastroenterologists, surgeons, dietitians, nursing specialists, and pharmacists. Maintaining a strong relationship with these individuals is essential in order for those with SBS to find a treatment plan that is right for them. While there is no single diet or cure for short bowel syndrome, education and open communication with trusted medical professionals might help individuals avoid the harmful health consequences of malnutrition, dehydration, and chronic diarrhea associated with short bowel syndrome.