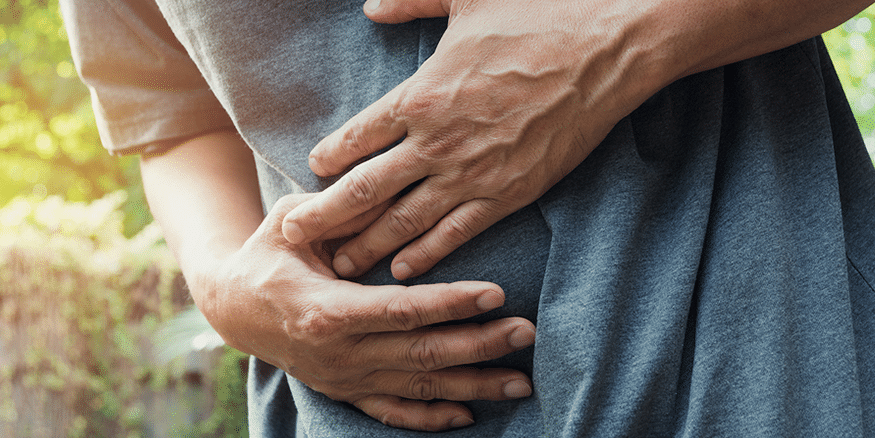 The appendix – a 3 to 6 inch tube-shaped sac of tissue attached to the large intestine, located in the lower right section of the abdomen – has no known function. Normally, the appendix is open to the intestine. Appendicitis occurs when there is a blockage where the appendix and the large intestine meet. This blockage can be caused by impaction of bowel contents, a tissue growth, worm infestation, or by infection, which can cause the area to swell. Although appendicitis can happen to anyone, it is rarely seen in children less than 2 years old and usually seen in people between 10 to 30 years old.

Some suggest that a diet low in fibre contributes to impaction of bowel contents but this theory has yet to be proven.

Abdominal pain is the main symptom of appendicitis. The pain begins generally in the area around the navel and then moves to the lower right area of the abdomen. Other key symptoms are loss of appetite, slight fever, nausea, and sometimes vomiting.

An inflamed appendix sometimes ruptures within the first 24 hours of symptoms. If the appendix does rupture, it can spread infection to the peritoneum – the tissue lining the abdomen. The possibility of a rupture is highest in young children and older adults. A diagnosis may be delayed for those people because their symptoms may not be as obvious as the symptoms of older children and younger adults. If a ruptured appendix is not treated, the person may die.

Surgery to remove the appendix (appendectomy) is the only treatment for appendicitis. The surgery usually is not complicated and carries little risk unless the appendix has ruptured. Generally, a person can resume normal activities quickly and will have no lingering problems from the surgery.