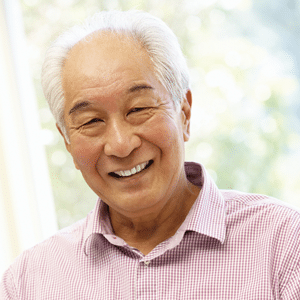 The human digestive tract is home to an estimated 500 to 1,000 different species of microorganisms, most of which are harmless, or even helpful, and live in harmony. However, if something upsets the balance, such as treatment with antibiotics or cancer chemotherapy, then certain harmful organisms can multiply out of control and cause illness. Clostridioides difficile infection, or CDI for short, is an example of this. It is caused when the Clostridioides difficile (previously known as Clostridium difficile) – commonly referred to as C. difficile, or C. diff – bacterium grows out of control.

CDI is the most common cause of infectious diarrhea in hospitals and long-term care facilities. In fact, patients often develop the infection after going to the hospital or other health care setting to receive treatment for another ailment. This is because the C. diff bacterium and its spores are found in high amounts in feces of infected people, who can then spread the infection to surfaces, such as food or other objects, if they don’t wash their hands properly after using the toilet, and if proper cleaning protocols are not in place in health care facilities. A person might not have any symptoms and still be able to spread C. diff bacteria. Others could become infected if they touch these contaminated surfaces, then do not wash their hands thoroughly, and subsequently ingest the bacteria or spores.

When the gut’s beneficial bowel bacteria are disrupted, the C. diff bacterium can multiply and produce toxins that damage the bowel, causing inflammation. Colitis is a term that describes inflammation of the colon, so you might hear the term Clostridioides difficile colitis to describe this inflammation, which is different from ulcerative colitis, a type of inflammatory bowel disease.

The symptoms of CDI include liquid diarrhea, dehydration, fever, appetite loss, and abdominal pain or tenderness, which are often severe, causing major distress and pain. In very serious cases, C. diff infection can even result in death.

A person might harbour C. diff bacteria in their gut but not become sick, because the beneficial bacteria in their intestine keep it in check. However, there are a few risk factors that, when present, can increase the chance of contracting C. diff infection. These include:

Physicians will often suspect CDI if their patients experience diarrhea after a stay in the hospital, especially if they have recently taken antibiotics. However, there are stool analysis tests that can detect toxins produced by CDI and provide a definite diagnosis.

A recurrent case of CDI is the return of symptoms, with lab confirmation of C. diff infection, after successful treatment for a previous bout of CDI. Most recurrences happen within 1-8 weeks. In other words, recurrence means experiencing more than one episode after the previous episode has been treated. This is a major challenge, as recurrent CDI can be a large burden to patients and society.

Unfortunately, C. diff is a resourceful bacterium. It forms spores that are resistant to antibiotics and to many alcohol-based cleaning agents, which allows the bacterium and its spores to last on surfaces for months. Each episode of CDI increases the likelihood of a further recurrent episode. Many patients can experience multiple occurrences over the course of their stay in a health care facility or have to return repeatedly to a hospital because it recurs. Approximately one in four patients who experience one episode of C. diff will have a recurrence. Of this group, about 45% will experience another episode, and of those patients, 60% will experience further bouts of the infection.

The most commonly used treatments for C. diff are antibiotics. Unfortunately, for a number of reasons, there are still limitations with these standard treatments. Since C. diff is often resistant to many types of antibiotics, researchers have been looking for more effective treatments. One promising option is fecal transplant, which works by fixing the balance of microorganisms in the gut. Newer treatments are also under development.

There are many types of antibiotics available, some of which move throughout the blood stream, and some that target certain areas of the body. Vancomycin is an antibiotic that physicians have used to treat CDI for decades because it primarily targets the gut. However, this extensive use of vancomycin has led to some C. difficile strains being resistant to the antibiotic. A newer antibiotic, fidaxomicin (Dificid®), also works primarily in the gut, but it targets the C. diff bacterium effectively while preserving normal gut flora. Dificid® is more effective than other antibiotics in preventing recurrences.

Despite the efforts hospitals go through to combat rates of CDI, many are still experiencing outbreaks. Some hospitals have incorporated novel technology to help clean rooms, such as ultraviolet lights that kill bacteria left after conventional cleaning, while others have greatly enhanced infection control measures that include diligent hand washing programs. However, effective treatment for CDI remains an important element in managing the challenges associated with C. diff infections in the hospital.

The most important aspect of the infection is the profound impact it has on a patient’s quality of life. In addition to the painful physical effects and lifestyle consequences, C. diff might also have a significant emotional impact. It can be as uncomfortable to discuss as it is to manage.

If you or someone you know is suffering from Clostridioides difficile infection, there are resources available to help ease the situation. Speak to your health care provider about available treatments, including those that are newer, to understand which option is optimal for your situation.