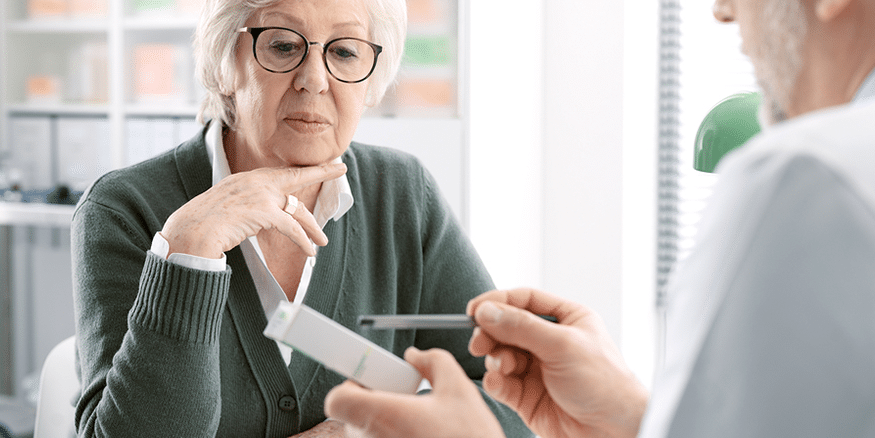 Collagenous colitis is a condition that was first described in 1976. Although over three decades have passed, its etiology, course of progression, and method of treatment are still unclear. A diagnosis of collagenous colitis may take several years, as this form of inflammatory bowel disease is less common, and therefore less frequently seen by doctors. However, as more cases are being presented, largely due to the increased number of patients having colonic biopsies performed, researchers will soon be able to put together a more detailed picture of its pathogenesis and treatment efficacy.

The characteristic symptoms associated with collagenous colitis include chronically relapsing episodes of frequent bowel movements (3-20 a day) that consist of non-bloody, watery diarrhea, and abdominal cramping.1 Collagenous colitis predominantly affects Middle-aged women (50-70 years), with a female-to-male ratio of about 9:1. Recent reports have also indicated that the disease may affect children as well. The annual number of reported cases is about 10 to 15.7 cases per 100,000.2

Diagnosis of collagenous colitis is based upon microscopic analysis of colon biopsies. Blood and stool cultures are usually normal and endoscopy (colonoscopy or sigmoidoscopy) also appears normal. These results may lead to misdiagnoses of gastroenteritis, irritable bowel syndrome, celiac disease (an immune reaction to wheat and grains in the intestine), or stress. Upon closer microscopic inspection, however, tissue biopsies reveal a thickened layer of sub-epithelial collagen. Collagen layers are present in the normal colon and are responsible for connecting the superficial layers of the gut – the epithelial cells – to the other inner layers of the intestinal wall. In collagenous colitis, this layer is significantly thicker (approximately 5X) than normal and is coupled with increased numbers of lymphocytes (immune cells), plasma cells (specialized immune cells responsible for the production of antibodies), and eosinophils (immune cells involved in the protection against parasitic organisms) in the affected layers.2

Researchers have proposed several theories as to the causative agent of collagenous colitis. One theory suggests that the disease may be due to the usage of non-steroidal anti-inflammatory drugs (NSAIDs) based on the observance of remission when usage was stopped. However, not all patients diagnosed with collagenous colitis reported previous NSAID usage. Another theory suggests that the disease may be due to bacterial toxins, which cause damage of the intestinal epithelium. This initial damage may initiate a mild inflammatory reaction, which could possibly perpetuate autoimmune reactions. Researchers have not yet established if collagenous colitis is autoimmune in nature, but studies have documented its association with various autoimmune diseases including rheumatoid arthritis, systemic lupus erythematosus, and celiac disease. As well, a few studies have reported an association of collagenous colitis with other intestinal diseases including ulcerative colitis and Crohn’s disease. Despite such observations, none of these studies have established if collagenous colitis in any way plays a part in causing, or is a result of, these disorders.2

Treatment for collagenous colitis has been difficult to assess because symptoms may spontaneously cease. As a result, it has been difficult to devise large-scale investigations to determine the effectiveness of drug preparations. Typically, treatment involves the use of anti-inflammatory drugs including sulfasalazine, mesalamine, or 5-aminosalicylic acid. If symptoms are unresolved or if drug tolerance is an issue, prednisone, cholestyramine (a cholesterol lowering agent), or various antibiotics may be prescribed. Recent papers have also produced preliminary results indicating that the growth hormone inhibitor octreotide and the steroid budesonide may be beneficial in the treatment of collagenous colitis.3,4,5

As it currently stands, collagenous colitis is a disorder with poorly understood origins, and whose best course for treatment is as equally vague. Although its development is generally benign, its debilitating symptoms warrant further research and a greater awareness among physicians. With the help of improved medical information resources and a population who is becoming increasingly conscious of the merits of regular colorectal examinations, researchers will be able to develop a more comprehensive profile of collagenous colitis with which to aid and educate its sufferers.