Could Your IBS Really be Ovarian Cancer? 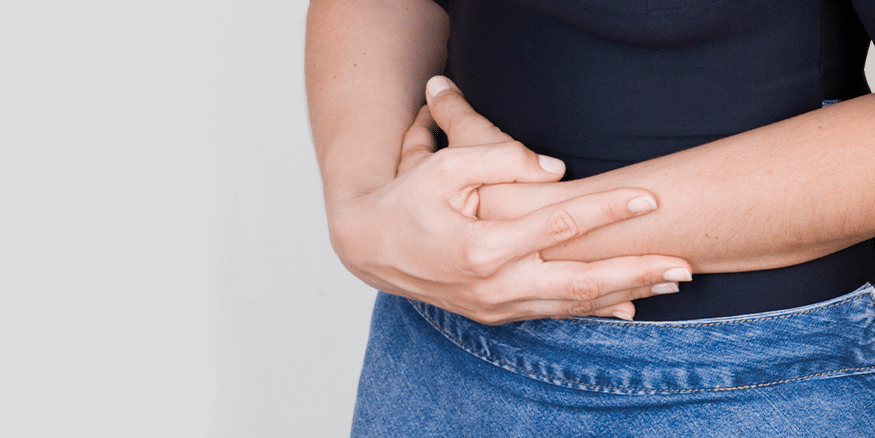 Could Your Irritable Bowel Syndrome (IBS) Really be Ovarian Cancer?

Symptoms of irritable bowel syndrome (IBS) – abdominal pain, bloating, constipation, and/or diarrhea – are remarkably similar, which means that there is a real danger of an IBS misdiagnosis, when symptoms are actually caused by ovarian cancer. Women who experience these symptoms for three weeks or more, especially if they have a history or family history of breast, ovarian, or other cancers, should talk to their doctors about being tested for ovarian cancer.

Doctors can use a colonoscopy to detect or rule out colorectal cancer, and they may indeed order such a test, depending on your specific symptoms and history of cancer, but there is currently no similar screening test for the early detection of ovarian cancer. Instead, doctors use a number of tests, which, jointly, can help detect ovarian cancer. The surest way of confirming – or ruling out – an ovarian cancer diagnosis is with a biopsy obtained through surgery.

The first test a doctor is likely to perform is a bimanual recto-vaginal pelvic exam. A Pap smear, scraping cells from the cervix, will not detect ovarian cancer, which is why doctors normally perform a manual pelvic exam during a routine Pap smear procedure. Since a pelvic exam alone may not detect ovarian cancer at an early stage, your doctor may order a transvaginal ultrasound, in which a tube is inserted into the vagina and creates a sonogram picture that doctors can then examine to detect any abnormal areas.

There is a lifetime risk of 1 in 70 that you will develop ovarian cancer.

Other detection tests can vary depending on a patient’s age or particular symptoms. For example, sex cord stromal tumours normally affect women under the age of fifty, and may include additional symptoms, such as facial hair or a hoarse voice; whereas germ cell tumours, though they can affect women of any age, are far more common in women in their twenties. A blood test such as CA-125 may be ordered if a mass is detected in a previous exam, but it is not as effective for premenopausal women. If doctors detect any abnormalities, they will likely perform surgery to confirm or rule out ovarian cancer by examining a biopsy.

The risk of developing ovarian cancer rises after menopause, peaking from age 60-75, although it can occur at any age.

As with many other conditions, you know your body best, so it is important to be aware of any unusual changes, such as a different bowel movement pattern, or altered eating or sleep schedule. When you do see your doctor, describe your symptoms as clearly as you can, and always let your doctor know if you have a history of any type of cancer, gastrointestinal disease, or other medical condition, even though that information may not seem to have an obvious link to your symptoms.

For further information on the symptoms, tests, and treatments for ovarian cancer, visit the website of Ovarian Cancer Canada.

First published in the Inside Tract® newsletter issue 176 – 2010