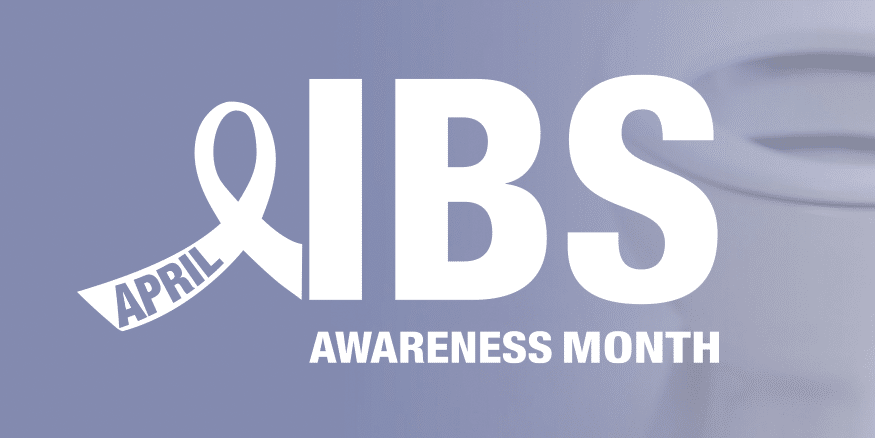 MARCH 31, 2003, Vancouver, BC – In recognition of the more than six million Canadians who suffer with the pain and discomfort caused by the symptoms of irritable bowel syndrome (IBS),1 three patient groups – the Canadian Society of Intestinal Research (SIR), the IBS Self Help and Support Group and the Association des maladies gastro-intestinales fonctionnelles (AMGIF) – have joined together to proclaim April 2003 as the first-ever IBS Awareness Month in Canada.

IBS is a gastrointestinal disorder characterized by abdominal pain or discomfort, bloating and altered bowel movement (constipation, diarrhea or a combination of the two). IBS is one of this country’s least understood medical conditions, affecting significantly more women than men. The cause of IBS is unknown and, at present, there is no cure.

“Unfortunately, people with IBS often suffer in silence because of a reluctance to discuss their bowel habits and symptoms, even with their doctors. The biggest challenge many IBS sufferers face is recognizing the symptoms of IBS in the first place,” said Gail Attara, executive director of the SIR. “The majority of IBS patients are probably not even aware that they are suffering with a real medical condition that can be treated. We hope that by proclaiming April as IBS Awareness Month in Canada we can raise awareness about the symptoms of IBS – including abdominal pain, bloating and altered bowel movement – and encourage people suffering to go and talk to their doctors.”

To help people feel more comfortable discussing the symptoms of IBS, the three IBS patient groups developed a Proclamation for various levels of government across the county. As a result, governments in Vancouver, Calgary, Ottawa, Toronto, Quebec City, and Halifax are declaring April as IBS Awareness Month in their communities.

“We worked with mayors and ministers in a number of centres to be certain we had the support and backing necessary to make this a Canada-wide effort,” said Paul-André Malo, president of AMGIF. “We are aware of the lack of understanding and information about IBS available to the public, and believe that any information we can share, especially during IBS Awareness Month, about the symptoms and suffering caused by this disease will benefit patients and their families.”

In 1997, the International Foundation for Functional Gastrointestinal Disorders, Inc. (IFFGD), an American IBS patient group, declared April as IBS Awareness Month in the United States in order to heighten awareness about the syndrome, as well as emphasize the need for more research and a better understanding of IBS.

“In Canada, we have declared April as IBS Awareness Month because we want to give patients, physicians and the general public a better understanding about the prevalence and symptoms of IBS,” said Jeffrey Roberts, president and founder of the IBS Self Help and Support Group. “We recognize the need to ensure that Canadian patients and their families are given the help and support they both need and deserve.”

Irritable bowel syndrome is a gastrointestinal disorder resulting in abdominal pain or discomfort, bloating and bowel function irregularities. The cause of IBS is unknown and, at present, there is no known cure for IBS. IBS affects people of all ages and from all walks of life. However, it is estimated that women are twice as likely to have IBS than men. Women represent 70 per cent of IBS sufferers in Canada.2

The symptoms, which are often chronic, can range from mild to moderate and severe. IBS is a debilitating condition that can have a significant impact on a patient’s quality of life. In Canada, IBS is the second-leading cause of absenteeism from work or school, behind the common cold.3

The IBS In Canada Survey – facilitated on-line by the IBS Self Help and Support Group for its members – showed that more than 85 per cent of IBS sufferers report that their symptoms are extremely or very bothersome, having a negative impact on work, travelling and socializing. When asked about their quality of life, 45 per cent of those polled indicated that their IBS has had a severe impact on their overall quality of life.4

Working Together For A Common Cause

The Canadian Society of Intestinal Research (SIR) is a registered charity established in 1976. SIR is dedicated to promoting public awareness, providing patient education and funding medical research into gastrointestinal diseases and disorders.

The Irritable Bowel Syndrome (IBS) Self Help and Support Group was formed in 1987 in support of those who suffer from IBS, those who are looking for support for someone who has IBS, and medical professionals who want to learn more about IBS. The IBS Self Help and Support Group works to educate those who are living with IBS and to increase awareness about this and other functional gastrointestinal disorders.

Association des maladies gastro-intestinales fonctionnelles (AMGIF), formerly known as l’Association du syndrôme de l’intestin irritable, is a Quebec-based non-profit organization founded in 1999 by a group of volunteers. The mission of the association is to improve the quality of life and well-being of all Quebecers suffering with IBS, and to offer information and ensure support for IBS patients. The AMGIF also encourages medical research to improve the detection and prevention of IBS, as well as the treatment of patients who suffer from the syndrome.