On August 18, 2018, we gathered at the Foster Eastman Gallery in Vancouver, BC to participate in the Painting Toilet Seats art event to raise awareness about inflammatory bowel disease (IBD), a condition known for its most common forms: Crohn’s disease and ulcerative colitis. Canada has the highest prevalence and incidence of IBD in the world and this condition can be a source of daily challenges for children and teens who live with it. This joint venture between the Gastrointestinal Society and renowned Vancouver artist Foster Eastman was a unique and inspiring occasion for all.

Participants unleashed their inner artist, using markers to colourfully decorate toilet seats. This event served as a creative and visually engaging way for individuals and families affected by IBD to connect with others, raise awareness, and nurture discussion.

A 13-year-old, who has IBD, painted his toilet seat with his favourite video game and this joke, “Why did the toilet paper roll down the hill? To get to the bottom.” Several others expressed thoughts on their toilet seats, but most drew colourful patterns.

Our CEO, Gail Attara, along with Board of Directors Chair, Ron Goetz, expressed their gratitude to all who participated. Justin Rubinstein, the inspiration for this project and a Crohn’s patient since the age of nine, said that it is his hope that events like Painting Toilet Seats would encourage more children and young adults to open up about their experience living with IBD. For more information, go to www.badgut.org/painted-toilet.

The toilet seats decorated at this event will have a Google Maps image featured on the lids identifying public washrooms in Vancouver and will be pieced together into a spiralling colon-like shape for the final installation.

The Gastrointestinal Society thanks Foster Eastman, Janssen Inc. for its event sponsorship, and everyone who came out to support this fun and memorable event.

Learn More about the History of the Painted Toilet™ Project

This spring, the GI Society is thrilled to finally start phase one of a two-phase awareness campaign under the umbrella of the Painted Toilet™ project.

At the heart of the Gastrointestinal Society’s mission is promoting awareness of digestive diseases and disorders. For a number of years, we have had a particular project on our inspirational wish list. Many of the patients we serve through our awareness, education, and support programs find themselves spending a lot of time in one particular room – the bathroom, washroom, toilet, loo, throne, john, can, or whatever term you use for the room in which you do your business. Those with digestive illness spend more time on the toilet than the average Canadian. So, we thought, why not start there?

While seeds were germinating for our Painted Toilet™ project, another conversation was going on across town. Renowned artist, Foster Eastman, was conceptualizing an art installation with about 100 toilet seats, inspired by conversations he had with Crohn’s disease patient, Justin Rubinstein – their stories follow. During the fall of 2017, we found each other and are delighted to be collaborating on this meant-to-be initiative. 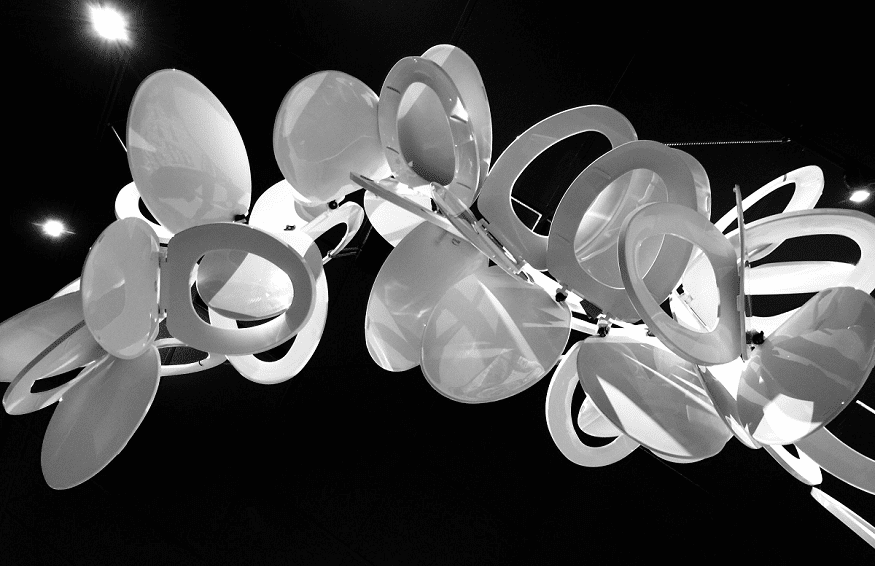 Canada has the dubious honour of having the highest prevalence and incidence of inflammatory bowel disease (IBD) in the world, known by its two most common forms: Crohn’s disease and ulcerative colitis. We hope this multimedia art initiative will increase awareness about the challenges faced by children and adults living with IBD and will help nurture discussion and reduce the stigma surrounding IBD.

Children and adults living with IBD, together with their family and friends, will paint toilet seats during group sessions. Eastman will oversee the lid designs with a Google Maps image that identifies a business providing public restroom access. Then Eastman will creatively assemble these ‘dragon butterflies’ and install the art piece in a health care or education facility this fall to resemble the shape of a colon.

My name is Justin Rubinstein and I was diagnosed with Crohn’s disease at the age of nine. At thirty-two years-of-age now, I have been riding the rollercoaster of symptoms and treatments for a long time. I use the term ‘rollercoaster’ because how you are feeling can change in an instant, from the high-state remission to the low-state feeling of pain, cramps, discomfort, constipation, or excessive bathroom visits. I have had six major surgeries including a colectomy, an ileostomy procedure, and the attachment of an ostomy pouch. I have also been on countless medications that work for a period of time but seem to lose their effectiveness after a while. I am choosing to speak out now about this disease because when I was growing up I never reached out for the support that may have helped me.

Due to the stigmatized nature of Crohn’s disease and other GI conditions, I chose to keep the problems to myself. Now that I’m older, I feel that I may be able to help others going through the same things that I went through. I have learned a lot through trial and error, and I can share my experience and wisdom so that other patients don’t have to suffer alone.

Today, life is pretty good. I live a fairly normal life, with family, friends, and a wonderful, supportive girlfriend. Sometimes I feel like going to appointments with doctors is my part time job. However, the doctors and nurses in British Columbia that have helped me along the way are all amazing individuals. There are ups and downs, but one thing I have gotten good at is pushing forward, making goals, and enjoying life when things are good.

When I met Justin Rubinstein, it was a typical rainy Vancouver morning, and I found myself at St. Paul’s Hospital awaiting a colonoscopy. Justin and I sat together, waiting for our pre-op medication.

My first thought was, why is a young guy like him having a procedure like this among all us older folks.  I remember observing how patient his dad was in the waiting room; they had done this before.

Justin immediately initiated a conversation with me, asking questions about my interests. I told him I was an artist creating art installations with soldiers who served in Afghanistan and who were working through operational stress injuries.

He informed me that he, too, was an artist. We chatted about art for a little while, and he soon told me he has Crohn’s disease, and that he was here because the doctor wanted to check on his stoma. I didn’t know much about Crohn’s disease, but Justin was open to telling me about his journey: diagnosis at nine, pain, infections, blockages, food restrictions, surgeries, an ostomy, not eating for a year, summers spent in the hospital, leaving Children’s Hospital, depression, and constant doctor appointments. As a young teenager, all he ever wanted was to be able to go to the bathroom like everyone else and go swimming with his friends in the summer.

It was quite an eye-opening education.

After our procedures, Justin was experiencing incredible pain. The nurses were very kind and did their best to soothe him, but his meds were maxed out. He just had to hammer through it.

Leaving the hospital that day, I couldn’t get Justin out of my mind. I thought, wouldn’t it be great to create an art installation with him to help bring more awareness to a disease rarely spoken about and poorly understood? A couple weeks passed until I reached out through my doctor to see if Justin was interested in meeting to discuss and, sure enough, he was.

We met at my studio and discussed several ideas, but one stuck. The idea was to engage those with ‘bad gut’ issues and their families and community to create an art sculpture using 100 toilet seats suspended from a ceiling that would look colon-like, called ‘dragon butterflies’. Google Maps locations identifying public access to toilets would be transferred on to the toilet seat lids while kids and families would paint the seat however they wished. Justin was especially motivated to work with kids and teenagers at these art workshops to offer advice gained through his experiences.

After a few fortuitous networking conversations with Gastrointestinal Society staff, we met to see whether we could make a collaboration work. We decided to merge our projects to create a combination fundraiser and public awareness campaign.

Foster Eastman is a multi-media artist whose work examines social and cultural issues often shrouded in taboo and stigma. Recent exhibits have considered diverse issues including the atrocities that occurred in China under Mao Tse-tung and the challenges returning veterans from Afghanistan face as they reintegrate into civilian life.

Teaming veterans with master carver Xwalacktun, Foster’s Veterans Tribute Pole was raised in Canada House on November 11, 2015. This meaningful work, and the lestweforgetCANADA mural done in collaboration with the Veterans Transition Network, focused on awareness to the often unaddressed mental health needs of Canadian veterans returning home from combat, including suicide prevention. His most recent works collaborating with soldiers were showcased in Parliament Hill, The Canadian War Museum, and Canada House and were attended by Prince Harry, Prince Andrew, and Prince Charles. These art installations were also included in the cultural programming and showcased during Prince Harry’s Invictus Games, Toronto 2017.

We hope the success of phase one will provide the momentum to launch the next phase of the Painted Toilet™ project. To further promote conversations on digestive health, the second phase involves the participation of artists from across Canada to paint full-sized, soon-to-be-operational toilets that will be either pre-sponsored or auctioned off to businesses and private individuals. These toilets will find permanent homes in restrooms of businesses, homes, shopping malls, and unique locations across the country.

Help bring awareness to the millions of Canadians affected by gastrointestinal and liver diseases and disorders. Let’s ease the suffering of our loved ones, through education, awareness, and research. Together, let’s help Canadians get off the toilet and do more living, the Painted Toilet™ Project is for life. Are you interested in getting involved?