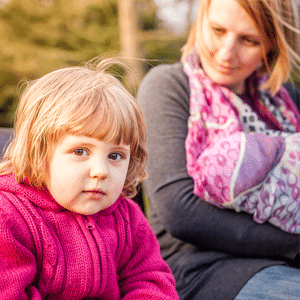 Crohn’s disease is a chronic inflammatory bowel disease (IBD) that can affect any area of the gastrointestinal tract, from the mouth to the anus, either in continuity or as isolated areas. The inflammation can involve the inner mucosal lining, up to the full thickness of the bowel wall, and consists of swelling, dilated blood vessels, and loss of fluid into the tissues. It often occurs at the lower end of the small intestine (terminal ileum), which joins with the large intestine (colon).

Crohn’s disease can arise at any age, commonly occurring in young people. About 10% of newly diagnosed cases each year are in children. Although there are various treatments to help ease symptoms and induce remission, there is currently no cure. There is an increased risk of a Crohn’s disease diagnosis for some ethnic groups, and for those who have a family member with the condition. Although Crohn’s disease is currently the proper name for the condition, sometimes you might hear older terms, such as regional enteritis, terminal ileitis, granulomatous colitis, or ileocolitis, used interchangeably.

The cause of Crohn’s disease is undetermined but there is considerable research evidence suggesting that interactions among environmental factors, intestinal microorganisms, immune dysregulation, and genetic predisposition are responsible.

A diagnosis of Crohn’s disease can occur at any point in life, with the highest occurrence of diagnoses in young children and for those around 40-50 years of age. Currently, Canada has among the highest prevalence and incidence reported in the world, with approximately 135,000 diagnosed individuals.

The intestine may narrow and shorten, whereby contents cannot completely pass through the digestive tract (obstruction). Abdominal pain is a frequent symptom, resulting from the muscle spasms of the inflamed intestine, or from a build-up of pressure behind a narrowed section of the bowel. Fever may accompany the inflammation. In children, a delay in growth and maturity may result, so close attention to medical and nutritional management of the disease is particularly important.

Low red blood cell count (anemia) can result from blood loss due to ulcerations in the intestine and from general malnutrition due to decreased nutrient absorption and the debilitating effects of the disease. These conditions may also cause depletion of blood proteins.

Crohn’s disease is a systemic disease, meaning that it affects other parts of the body in addition to the intestinal tract. Some of these extra-intestinal manifestations include arthritis, skin problems, liver disease, kidney stones, and eye inflammation.

You may be at an increased risk for colorectal cancer if you have disease located within the colon for 10-15 years or more. If this is the case for you, regular screening should begin at an earlier age and on a more vigilant schedule than that recommended for the general population.

Blood tests are helpful in assessing the activity level of the inflammation, the potential of developing anemia from ongoing bleeding, and the nutritional state of an individual.

Stool sample analysis can sometimes be helpful. Your physician will determine which among several procedures are best to assess your intestinal symptoms, based on your medical history.

While used less often, X-rays can be helpful to observe the shape and function of the digestive tract. When needed for the upper GI area, you will have to drink a liquid that coats the walls of the esophagus and stomach. This drink contains barium, which shows up as bright white on X-rays, providing a contrasting picture of the shape and function of the upper GI tract during the X-ray. When requested to provide details of the lower GI tract, you will undergo a barium-containing enema to allow your physician to view the contours of the bowel.

Endoscopy might help to determine the nature and extent of the disease. In these procedures, the physician inserts an instrument into the body via the mouth (gastroscopy) or anus (sigmoidoscopy/colonoscopy) to allow for visualization of various areas within the digestive tract. The scopes are made of a hollow, flexible tube with a tiny light and video camera. An advantage of these procedures over a barium X-ray or virtual colonoscopy using computed tomography (CT) scan is that a physician can biopsy suspicious looking tissue at any time during the examination for subsequent laboratory analysis. Depending on what part of your digestive tract is affected, magnetic resonance imaging (MRI) may be useful.

Once all of this testing is complete and other possible conditions are ruled out, your physician might make a diagnosis of Crohn’s disease.

The treatment of Crohn’s disease is multi-faceted; it includes managing the symptoms and consequences of the disease along with therapies targeted to reduce the underlying inflammation.

Nutrition is a primary component of digestive health and it is important to follow Canada’s Food Guide. However, even when following these guidelines, Crohn’s patients could be falling short of nutrient needs due to the effects of an inflamed intestine. Studies show that poor nutrition is prevalent in Crohn’s patients, who should direct extra attention to special diets and supplements. We encourage those who have Crohn’s disease to consult a registered dietitian, who can help set up an effective, personalized nutrition plan by addressing disease-specific deficiencies. If bleeding is excessive, problems such as anemia may occur, and modifications to the diet will be necessary to compensate for this.

Some foods may irritate and increase symptoms even though they do not affect the disease course. Specialized diets, easy-to-digest meal substitutes (elemental formulations), and fasting can achieve incremental degrees of bowel rest. During fasting, intravenous feeding (total parenteral nutrition, TPN) may be required to allow for complete bowel rest.

A number of treatments exist to address diarrhea and pain. Dietary adjustment may be beneficial and antidiarrheal medications have a major role to play. For painful symptoms not controlled by other drugs, analgesics can be helpful, with acetaminophen (Tylenol®) being the preferred choice. Those with IBD should avoid non-steroidal anti-inflammatory drugs (NSAIDs), as these can irritate the lining of the intestinal tract.

There are two types of antidiarrheal medications directed at preventing cramps and controlling defecation.

The other group adjusts stool looseness and frequency by soaking up (binding to) water, regulating stool consistency so it is of a form and consistency that is easy to pass. These work in different ways; some, such as Metamucil® or Prodiem®, come from plant fibres, whereas cholestyramine resin (Questran®) is a bile salt binder. Plant fibres are also useful for constipation, due to their stool regulating effects.

Extra-intestinal symptoms of Crohn’s disease, such as arthritis or inflamed eyes, may require targeted medications and referrals to other specialists. If anxiety and stress are major factors, a program addressing this may be valuable. (Ask for our pamphlet on Stress Management.)

Individuals with Crohn’s may be anemic from a combination of factors, such as chronic blood loss or malabsorption of certain vitamins and minerals. Iron supplements could help improve this condition, with oral heme iron polypeptide (e.g., OptiFer® Alpha, Proferrin®) being the preferred option, due to quick-acting and low side-effect profiles. Iron Isomaltoside 1000 for injection (Monoferric™) is indicated for the treatment of iron deficiency anemia in adults who have intolerance or unresponsiveness to oral iron therapy. Occasionally, a blood transfusion may be necessary.

The most widely prescribed antibiotics are ciprofloxacin (Cipro®) and metronidazole (Flagyl®, Florazole ER®). Broad-spectrum antibiotics are important in treating secondary manifestations of the disease, such as perianal abscess and fistulae.

There are two goals in the treatment of Crohn’s disease: to eliminate the symptoms (induce clinical remission) and to prevent future disease flare-ups (remission maintenance). To accomplish these goals, physicians aim treatment at controlling intestinal tract inflammation, and the natural consequence of reducing and eliminating inflammation is the reduction and elimination of symptoms. This therapy comes in many forms, using various body systems. Your physician may prescribe any of the following medications alone or in combination. It could take some time to find the right mix for you as each case of Crohn’s disease is unique.

These medications are used to reduce inflammation in mild to moderate Crohn’s disease, including mesalamine (Pentasa® and Salofalk®), available orally in the forms of tablets and capsules. Depending on the location of your disease, you may be required to administer mesalamine rectally, in the forms of enemas or suppositories. A combination of 5-ASA and sulfa antibiotic is available orally as sulfasalazine (Salazopyrin®).

To reduce inflammation in moderate to severe cases of Crohn’s disease, corticosteroids might help. These are prednisone and budesonide (Entocort®), which are taken orally, although prednisone tends to have greater side effects. For topical relief of Crohn’s disease in the colon, budesonide (Entocort®) and hydrocortisone (Betnesol®, Cortenema®, Cortifoam®, Proctofoam®) are available in rectal formulations (enemas, foams, and suppositories). In hospital, hydrocortisone (Solu-Cortef®) and methylprednisolone (Solu-Medrol®) can be administered intravenously.

These drugs are used to treat both ileal and colonic Crohn’s and to reduce dependence on steroids; they include azathioprine (Imuran®), cyclosporine, mercaptopurine/6-MP (Purinethol®), and methotrexate sodium (Rheumatrex®). It could take up to 12 weeks or more of therapy to see results.

Humira® and Simponi® are self-administered under the skin (subcutaneously), at varying intervals. A healthcare professional administers Avsola™, Entyvio®, Inflectra®, Remicade®, Renflexis®, or Stelara® by intravenous (IV) infusion at various intervals, depending on the medication and the response.

One tool to help physicians be sure that patients are on the right medication at the right dose is Therapeutic Drug Monitoring, which involves laboratory testing to determine the level of the drug in the system.  A gastroenterologist assesses this in the context of a person’s symptoms at specific periods during the treatment schedule.

Sometimes a surgeon will remove severely diseased portions of the digestive tract, but this is only as a last alternative, usually in cases where medical management fails and complications arise, such as obstruction, strictures, and fistulae, or abscess formation. An unfortunate feature of Crohn’s disease is that there is a high recurrence rate, even after surgical removal of all visible and microscopic disease. Therefore, it is pragmatic to treat Crohn’s disease with the most effective therapies to prevent these complications. Even though most physicians are slow to recommend surgery, there are times when it will be required. An emerging surgical therapy is intestinal transplantation, but there are barriers yet to overcome, such as tissue rejection and inflammation in the newly transplanted organ.

Crohn’s disease is a chronic inflammatory condition manifesting primarily in the digestive tract. Because there is no cure, you will require continuing medical care. Those with Crohn’s disease must adhere to a specific nutrition and medication regimen, even when things appear to be going well. Your physician will monitor your disease regularly, even during periods of remission.