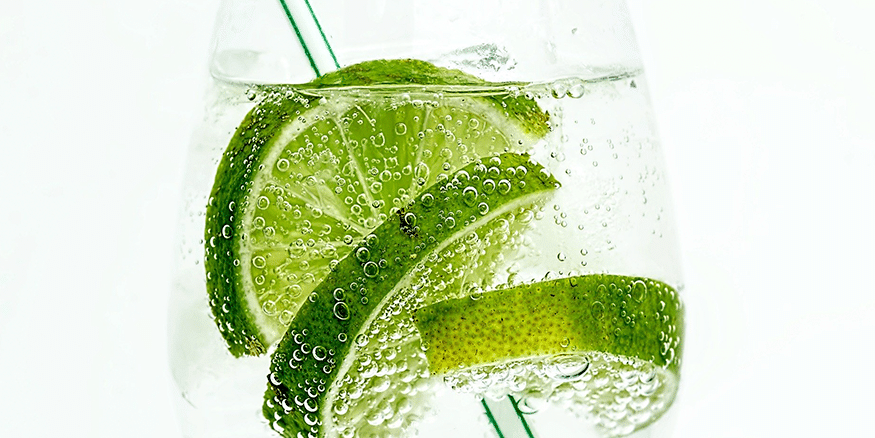 Although people have used sparkling water to ‘settle’ the stomach for centuries, its influence on the gastrointestinal system has been poorly investigated. To see if anecdotal reports of the effectiveness of carbonated water held up under clinical examination, researchers from Italy put it to the test.

In this study, researchers compared the effects of carbonated water and tap water in 21 people (15 women & 6 men) who suffered from symptoms of dyspepsia and constipation. Over a two-week period, in addition to their regular diet, ten subjects drank carbonated water and eleven drank approximately the same amount of tap water. All water consumed by participants was provided in bottles that were coded in such a way that this was a double-blind study. They were told they were testing types of mineral water and did not know that some subjects received carbonated and others received still water.

At the end of the study period, symptoms of dyspepsia had significantly improved in the sparkling-water group, and they reported less constipation. However, dyspepsia and constipation did not change in people drinking tap water.

Specific symptoms of dyspepsia that were relieved in those consuming the sparkling water were indigestion and feeling full after eating a small amount of food. These subjects also had improved gallbladder function.

The researchers concluded that carbonated water improves symptoms of dyspepsia and constipation and improves gallbladder emptying. Exactly how carbonated water has these effects is uncertain. It could be the bubbles, but the carbonated water in the study also contained more minerals than the tap water. Specifically, it contained a markedly greater amount of free carbon dioxide, five times as much sodium, potassium, and sulphate, three times as much fluorine and chlorine, and twice as much magnesium and calcium.