Diet and the Development of Stomach Cancer

With media coverage and public awareness campaigns bombarding us from every direction these days, most people know a lot about the debilitating effects of many forms of cancer, such as those that affect the lungs, colon, breasts, and prostate. This knowledge leads people to taking preventative actions, such as smoking cessation and committing to regular colon screenings as well as mammograms or prostate exams. One type of malignant disease often overlooked is stomach cancer. Although not as common as the cancers listed above, gastric cancer is still prominent, affecting 2.1% of male cancer patients, and 1.3% of female cancer patients in Canada.1 If caught early, it is reasonably treatable. However, in the later stages, stomach cancer has a 5-year survival rate of only 23%, meaning that 77% of stomach cancer patients die within 5 years of diagnosis. Although the incidence is lower in Canada, stomach cancer is the second leading cause of cancer related deaths worldwide, after lung cancer.2

Diagnosing stomach cancer early is often difficult, as the signs and symptoms are very similar to that of many other diseases, particularly diseases or disorders of the GI tract. These symptoms include a loss of appetite, heartburn, persistent indigestion, nausea and vomiting, feeling bloated after eating, a sudden change in your bowel movement routine, unexplained weight loss, and feeling very tired. The causes of stomach cancer are often related to, but not limited to, diet, lifestyle, and age. Men are more likely than women to develop stomach cancer, as are those who are older than 50 years of age, smokers, individuals with a family history of stomach cancer, and those who have experienced stomach inflammation or infection, such as with H. pylori. 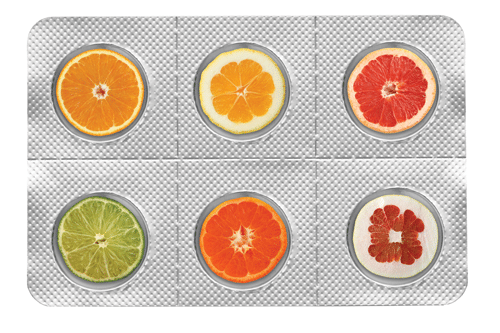 Diet plays a large part in the development of stomach cancer. The first extensive study of the effects of diet and stomach cancer was completed and published in the American Journal of Clinical Nutrition in late 2009. In this study, over a nine-year period, 485,044 men and women, aged 35 to 70 years old, from ten European countries regularly answered a series of questions about their eating habits. The researchers then compared the data with a typical Mediterranean diet, and rated individual eating habits on a scale accordingly. A Mediterranean diet generally consists of a high consumption of fruit, vegetables, cereals, legumes, nuts, seeds, fish, other seafood, and olive oil. It also includes a moderate consumption of alcohol, mostly red wine, a moderately low amount of dairy products, mainly cheese and yogurt, and notably low consumption of red and processed meats. At the end of the study, there had been 449 cases of diagnosed stomach cancer within the group.
The results were quite remarkable, showing a 33% less likely chance of developing stomach cancer in those with a strict Mediterranean diet than those with dietary habits further from the Mediterranean ideal. It seems as though fruit intake is associated with a reduced risk of gastric cancer, whereas meat intake is associated with an increased risk. This may be largely due to the significant content of antioxidants in plant-based foods, which help offset the effects of carcinogens.

Another study conducted in Japan and published recently in the journal, Gut, investigated the effects of drinking green tea on stomach cancer. The amount of green tea men drank had no effect on the incidence of stomach cancer. However, interestingly enough, it was found that women who drank five or more cups of green tea daily were 20% less likely to develop stomach cancer than those who drank one cup or less.3

As your body uses up oxygen for various metabolic purposes, it produces free radicals, which are highly reactive, unstable oxygen atoms that can lead to a number of problems, such as cancer and heart disease. Antioxidants are substances, or nutrients, that work against these free radicals by stabilizing the atoms so they do not cause damage. Commonly known antioxidants include vitamins A, C, and E, as well as selenium, zinc, lutein, lycopene, flavonoids, and carotenoids. You can squeeze adequate amounts of all of these into your daily diet by eating at least eight servings of fruits and veggies. Besides the free radicals produced within your body, smoking, consuming alcohol, environmental pollution, and radiation are other known causes of free radical production. Be sure to avoid or limit these where possible.

All types of tea made from the Camellia senesis plant contain antioxidants (flavonoids). This includes green tea, matcha tea, black tea, white tea, and oolong tea. However, the reason why green tea and matcha tea are better for you than black, oolong, and white, is that the antioxidant content is higher and the caffeine content lower, the less the leaves are fermented. Green tea has the least processing; the leaves are not fermented, instead, they are simply dried and steamed. Oolong tea is partially fermented, and black tea is fully fermented after it is dried, which is why it has the most robust flavour and highest caffeine content of the teas. White tea is also made from Camellia senesis leaves, however, it is only made from the youngest leaves, and only partially fermented after drying.5 Matcha tea is a special kind of green tea in which the plants are covered a few weeks before harvest, gradually giving the plant less and less sunlight, in order to increase the level of amino acids (protein building blocks, see article on digestion) present in the tea. After drying, the leaves are then stone-ground into a powder. To drink Matcha tea, you mix the tea powder with water instead of steeping it. Generally, the term ‘herbal tea’ is used for most other teas not made from the traditional tea plant, Camellia senesis, including chamomile, peppermint, and fruit. The health benefits and antioxidant contents vary considerably depending on what plants are in the tea.

Canadians consume twice the recommended daily intake of sodium, increasing their risk for high blood pressure, heart disease, and many cancers, including stomach cancer.4 The body does require some sodium to regulate body fluids and blood pressure and for muscle and nerve cells to operate effectively. Sodium (Na) is an element that is a component of table salt (Sodium Chloride, or NaCl). Most of the extra sodium in our diet is from processed foods found at grocery and convenience stores, also known as ready-to-eat food, as well as from the food we eat at restaurants, especially fast food outlets. By cooking more meals at home, you can control the amount of added salt and follow in the footsteps of the Mediterranean people, who flavour their food with herbs, spices, onion, garlic, and lemon juice. More and more food companies are starting to offer ‘Low Sodium’ and ‘No Sodium Added’ products as well, so keep an eye out the next time you’re in the supermarket aisle.

First published in the Inside Tract® newsletter issue 174 – 2010