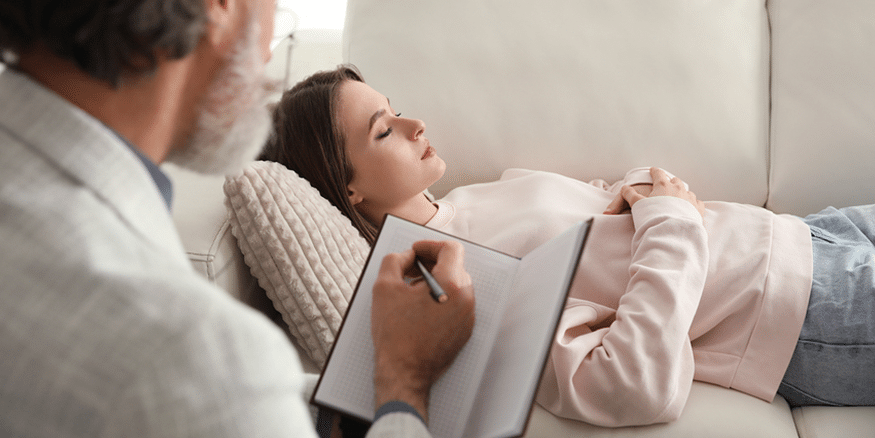 Hypnosis therapy appears to be an effective treatment for irritable bowel syndrome (IBS), according to information from the UK reported in the American Journal of Gastroenterology.

A collection of functional symptoms including bouts of abdominal pain, bloating, constipation, and/or diarrhea characterize IBS. It affects more women than men and the cause of the condition is unknown.

Although IBS is not a psychological disorder, previous studies have shown that hypnotherapy is an effective treatment for IBS. The National Health Service in the UK has established a hypnotherapy unit with six therapists on staff. The present report evaluates the effectiveness of the treatment among the first 250 patients in the unit. It was not a clinical trial and there was no control group. It is simply an audit of the clinical service provided, based on a questionnaire.

Participants underwent 12 hypnotherapy sessions during a 3-month period, and used an audiotape to practice the techniques between the sessions. After undergoing hypnotherapy, patients reported overall improvement in their condition as well as improvement in specific areas such as the severity and frequency of their pain, bloating, dissatisfaction with their bowel habits and the extent to which IBS interfered with their life.

In fact, more than three-quarters (78%) of the study participants reported improvements in their bowel habit, or stool frequency and consistency, after they underwent hypnotherapy. The remaining individuals experienced either no change (13%) or a slight deterioration (9%).

Extracolonic symptoms reported by the patients, such as lethargy, body pains, backache, and urinary symptoms improved after hypnotherapy. The therapy also reportedly improved the patients’ quality of life and reduced their anxiety and depression.

The difference in scores may have largely been due to the fact that men with diarrhea showed less improvement than did their female peers with diarrhea, particularly in the extent to which the IBS condition interfered with their life and their dissatisfaction with their bowel habit.

According to lead author, Dr. Wendy M. Gonsalkorale, “This study clearly demonstrates that hypnotherapy remains an extremely effective treatment for irritable bowel syndrome and should prove more cost-effective as new, more expensive drugs come on to the market.” The report authors are confident – based on previous studies – that the effects of hypnotherapy will be long-lasting.

However, they note that, “The possibility that the results of this audit are influenced at least in some way by the expectations that the patients had about the outcome of treatment cannot be entirely ruled out.”