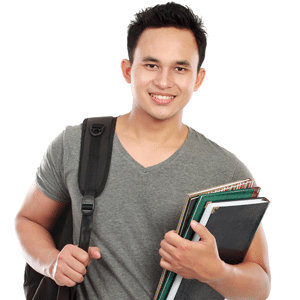 Many healthy individuals are concerned that they have too much intestinal gas, thinking that their digestive tract could be malfunctioning. While gas in itself is not dangerous, our inability to control its passage might have social implications.

Studies have shown that the average person generates 0.6-1.8L of gas per day. This gas comes from two sources, swallowed air (exogenous) and that produced by colonic bacteria (endogenous). Intestinal gas is composed of various amounts of oxygen, nitrogen, carbon dioxide, hydrogen, and methane. Oxygen, nitrogen, and carbon dioxide come from swallowed air and hydrogen and methane are by-products of the breakdown of food residue by good bacteria (probiotics) naturally residing in the colon. Careful analysis of intestinal gas has shown that it is comprised primarily of exogenous air and only a small amount of endogenous air.

Although less than 1% of gas is odorous, intestinal bacteria produce several sulphur-containing compounds that are the primary odour culprits. The human nose can detect hydrogen sulphide in concentrations as low as one-half part per billion, so passing even a very small amount of this gas could draw attention!

Gas releases from the digestive tract via the mouth by belching, or via the anus as flatus. A healthy individual emits flatus about 12-25 times per day. In the typical situation, swallowed air remains in the stomach for a while and then passes through the digestive tract in small amounts at regular intervals. It moves rapidly through the small intestine, propelled by the normal rhythmic contractions of the digestive tract (peristalsis). Usually this process does not cause any uncomfortable symptoms. Once gas enters the colon, its propulsion slows and eventually the anus releases it in (usually) small amounts.

We swallow almost no air during sleep, but this is when we pass the most gas. Thus, at the beginning of the day, there is minimal gas in the intestine, but it accumulates throughout the day. Many factors influence gas passage and these include the amount of swallowed air, the nature and frequency of dietary intake, and the motility of the bowel, all of which can be affected by food, medications, and stress.

For most, the passage of gas through the digestive tract causes no symptoms, but some experience frequent burping or belching, uncomfortable abdominal bloating, and repeating flatus. Researchers have noted that when some individuals drink a beverage, they might swallow twice as much air as liquid, especially if drinking through a straw. As gas builds up, the abdomen may painfully distend, especially right after eating. Sometimes bloating is so severe that clothing becomes tight or may no longer fit.

Since distension of the digestive tract affects intestinal contractions, increased gas passing from the stomach into the intestine may increase normal peristalsis that, if strong enough, may cause painful cramping. Ingested gas passing through the bowel will eventually leave via the anus as flatus, as will gas produced in the colon, but it is the latter which is usually foul smelling.

The management of intestinal gas depends on its source.

Exogenous Gas: To reduce this major source of intestinal gas, you must swallow less air. Things such as gum chewing, smoking, poor fitting dentures, a chronic postnasal discharge, chronic pain, and anxiety or tension all cause more air to be swallowed, as does gulping of food, washing food down with liquids, sipping hot beverages, and drinking through a straw. Limiting these activities will help cut down on the amount of air you swallow.

Endogenous Gas: There is little gas production in the small intestine because bacterial concentration is low. However, the colon contains many gas-producing bacteria that thrive on foods containing poorly digested starches and sugars (carbohydrates). Smelly gas forms as the bacteria ferment these foods when they pass through the colon. This fermentation is similar to the production of bubbles in the fermenting of grapes into champagne. To decrease gas generated by digestion, there are certain gas-producing foods you might want to avoid.

One common source of digestion-produced gas is beans, which contain the complex carbohydrates raffinose and stachyose. The human intestine cannot absorb these carbohydrates on its own because humans do not produce the enzymes necessary for their digestion. Fortunately, certain friendly bacteria and yeasts (microorganisms) that live in the colon are capable of breaking down these carbohydrates so the body can absorb their nutrients. By-products of microorganism digestion are hydrogen, methane, and carbon dioxide gases. Some individuals find using a commercial enzyme product such as Beano® or Digesta® to be helpful in reducing the amount of gas produced by bacteria when eating beans or other high-starch foods such as cabbage, broccoli, and whole grains. Some food preparation techniques may reduce gas-producing effects, such as pre-soaking beans at least four hours in water and then draining and rinsing before cooking thoroughly in fresh water.

Another contributor of digestion-produced gas is lactose intolerance, which affects nearly 70% of adults worldwide, to varying degrees. These individuals either lack the enzyme lactase, or produce too little of it. Lactase is necessary to digest lactose, the sugar found in milk. If you are lactose intolerant, then managing intake of milk products could help. A 10-day lactose avoidance trial can clarify the role of lactose in your gas-related symptoms. If you are lactose intolerant, you may wish to try lactase-containing commercial products, such as Digesta® (containing multiple enzymes) and Lactaid®, or you could try to build your tolerance by gradually re-introducing milk into your diet. Milk-based cheese products contain more lactose than cream-based and aged cheeses, which contain very little. Milk contains many vital nutrients, so make sure you consult your physician or dietitian before making a decision to eliminate milk from the diet for the long-term, and have a plan in place to ensure adequate nutrient intake.

In addition to beans and lactose, many fruits and other vegetables are gas-producers; however, not everyone reacts in the same way to these foods. Rather than completely eliminating gas-producing foods from the diet and missing out on their important nutrient and fibre benefits, try eating them in smaller quantities throughout the day and gradually increase consumption, as tolerated.

Some over-the-counter medications may be helpful, although these do not work for everyone. These include products containing the ingredient simethicone, some antacids, and other agents. Medications that regulate motility may also provide relief. A plant-based prokinetic agent, Iberogast®, helps regulate digestive motility and break down intestinal gas. Studies have shown that in infants with colic-related gas, a probiotic product called BioGaia® Drops, containing Lactobacillus reuteri, is helpful.

Make an effort to:

In ancient Rome, passing gas in public was illegal. During the time of King Henry VII in England, a hearty belch after a meal was quite acceptable.

Intestinal gas is generally more of an annoyance than a serious medical problem for most individuals. However, if you experience ongoing excessive gas accompanied by other symptoms, or gas that is not relieved by dietary and/or lifestyle changes, then consult your physician.