6 Things to Know about Going Gluten-Free 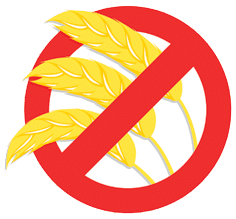 “Gluten-free” is a major buzzword across the Western world today, as more and more gluten-free (GF) products hit the market. This is wonderful news for individuals with celiac disease who, in the past, had to search high and low for an expensive loaf of GF bread. However, it isn’t just those with celiac disease, wheat allergy, or gluten intolerance who are buying these products; many other individuals are choosing to remove gluten from their diets. In this article, we will answer questions you might have about the gluten-free landscape.

Gluten is a protein found in wheat, barley, rye, and other foods. In individuals with celiac disease, a grain protein in gluten called gliadin triggers an unusual immune response that leads to flattening and altering of the millions of microscopic finger-like projections (villi) that line the inner wall of the small intestine. This causes individuals with celiac disease to be unable to properly digest nutrients in their food, and triggers the unpleasant symptoms associated with the disease such as anemia, diarrhea, weight loss, fatigue, breathlessness, cramps, bloating, irritability, and skin problems.

Individuals with non-celiac gluten intolerance experience negative effects like bloating, abdominal pain, diarrhea, and tiredness after eating gluten but do not suffer any intestinal damage, and may be able to tolerate small amounts of gluten.

1. Who is eliminating gluten?

While celiac disease diagnosis is becoming more common, it still only affects about 1% of the population, many of whom are undiagnosed.1 A further 3-6% of the population may have non-celiac gluten intolerance or sensitivity.2,3 Research shows that up to 22% of Canadians are opting to limit or remove gluten from their diet!4

Apart from individuals diagnosed with celiac disease or gluten intolerance, some go gluten free to support a family member. Anecdotally, others claim that they simply feel better when they stop consuming gluten. There is no evidence to support most of the motives given for eliminating gluten, but they have increasing social approval.5 Some motives include trying to achieve general health, improve digestive health, or lose weight. Others believe that gluten causes leaky gut syndrome, that the human digestive tract cannot digest gluten, or that since wheat is often a genetically modified organism (GMO), it is bad for you. However, you would also have to avoid corn, soy, rice, tomatoes, dairy, potatoes, and many other products if you believe GMOs are bad for you. Just going gluten free to avoid GMO foods doesn’t really make sense.

If you have celiac disease or gluten intolerance, the answer is a firm yes; for everyone else, not necessarily. There is no reason for you to exclude wheat products from your diet, and it can sometimes lead you to make less healthful choices. For example, if you have a choice between quinoa (gluten-free) and white bread, the gluten-free choice is better. However, if you are in a situation where your choice is between sprouted wheat bread and a heavily processed GF product, the wheat product is going to have more nutrients and be the better option. Choosing foods that are less processed and eating more fruits and vegetables is likely to be healthier than going GF for individuals who can tolerate gluten. That said, it is possible to eat a balanced GF diet; it just takes extra work, and tends to cost considerably more money. Also, remember that what works for you might not necessarily work for someone else. Just because someone says going gluten-free is helpful, it does not mean it is automatically beneficial for everyone else. We recommend consulting a registered dietitian if you go GF to ensure your diet meets your nutritional requirements.

4. Are you really avoiding gluten?

When many people think of gluten, they picture things like bread and pasta; however, gluten can be found in a huge variety of foods (whether from cross-contamination or purposefully added) including beverages like beer and some flavoured teas and coffees; processed meats (and their vegetarian counterparts) like imitation bacon bits, sausages, deli meats, burgers, and hot dogs; condiments like sauces (including soy sauce) and gravies, salad dressings, seasoning mixes, bouillon, and the flavouring used on certain chips; and other foods like cereal, matzo, oats, chocolates, soup, ice cream, licorice, vitamins and supplements, and many more. Since gluten is useful in many aspects of food manufacturing, it’s added into many products. Unless you always check for the gluten-free symbol, you might be unknowingly consuming gluten.

5. What is the difference between products certified gluten-free and products labelled gluten-wise?

Many of the gluten-conscious type foods at restaurants and fast food chains are unlikely to be processed in a truly gluten-free environment, whether by company policy or employees not properly following the rules, such as employees touching regular pizza dough then moving to the gluten free one without washing hands or changing gloves, and can thus still be contaminated. You should be especially cautious of restaurants with products that are labelled as gluten-conscious, gluten-smart, gluten-wise, or anything that isn’t strictly labelled gluten-free. These products are aimed toward the large demographic of people who don’t really need to avoid gluten but do so because they believe it to be healthier to eat less gluten. This labelling can pose confusion and harm for individuals with celiac disease.

6. What should I do if I am worried that gluten might be a problem for me?

If you think you might have celiac disease or gluten intolerance, see your doctor before going on a gluten-free diet. Express your concerns with your physician, and ask to be tested for celiac disease. A blood test can tell with 99% accuracy whether you have celiac disease, but the tests don’t work properly if you aren’t eating gluten. In addition, whatever symptoms you are experiencing that lead you to believe that gluten is harming you could be caused by another disease or disorder that requires a different treatment method. Whether you are diagnosed with a gluten-related disorder, or find another cause of your symptoms, it’s best to have a physician’s opinion before taking your health into your own hands. If you are still concerned after consulting a physician who says you don’t have any issues with gluten, we recommend that you consult a registered dietitian, who can help you figure out if another food could be causing your symptoms, or could guide you through an elimination diet.

First published in the Inside Tract® newsletter issue 189 – 2014