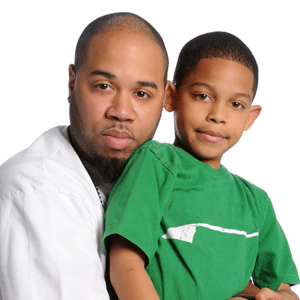 Celiac disease is an autoimmune gastrointestinal medical condition that causes damage to the inner lining of the small intestine. For those who have celiac disease, a substance called gliadin (a grain protein in gluten) triggers an unusual immune response that leads to flattening and altering of the millions of microscopic finger-like projections (villi) that line the inner wall of the small intestine. When the damaged villi do not work properly, the body cannot obtain enough of the essential proteins, fats, carbohydrates, vitamins, and minerals from food that are necessary for good health.

Individuals who have celiac disease should never eat any product containing even the smallest amount of gluten that contains gliadin, as it takes only one molecule to trigger the destructive response.

It is important to note that some individuals may have gluten intolerance or allergy without having celiac disease. This means that they are sensitive to gluten or have an allergic reaction to the protein, but do not have any measurable damage to the intestine. Sometimes an intolerant or allergic person could also have an inflamed intestinal lining.

There are variations in statistics for celiac disease prevalence around the world, and researchers are continuing to refine these numbers, primarily because scientific understanding of this common condition is increasing and testing methods are improving. Researchers currently estimate that as many as 1% of the population (1 in 100-133 Canadians) have celiac disease. Having family members with the condition increases an individual’s risk of developing celiac disease. The greatest risk is for those who have a sibling, child, or parent with the disease, as two in ten individuals in this group (20%) will also have the disease. Also at greater risk, but not as high, are those who have a second-degree relative such as a grandparent, aunt, uncle, or cousin with celiac disease. Individuals with Down syndrome have an increased likelihood of developing celiac disease.

While a few individuals who have celiac disease do not show any obvious effects, some common symptoms include iron deficiency anemia, diarrhea, weight loss, fatigue, breathlessness, cramps, bloating, irritability, and skin problems. Initially, these symptoms may be confused with other gastrointestinal (GI) conditions such as irritable bowel syndrome, lactose intolerance, or inflammatory bowel disease. It is possible that some individuals who have undiagnosed GI troubles could actually have celiac disease.

As long as a person adheres to a strict gluten-free diet, then celiac disease in itself does not cause many problems; however, there are several disorders and risks associated with the condition. Those with celiac disease have a higher prevalence than the general population of many other conditions, such as type I diabetes, anemia, arthritis, osteoporosis, liver disease, infertility, thyroid problems, depression, fatigue, neurological diseases, and short stature.

Duhring’s disease (dermatitis herpetiformis) is a less common manifestation of celiac disease. It is a distinct condition resulting in intense burning and itchy skin lesions.

Diagnosis may be difficult and/or delayed since the onset of symptoms can occur anytime from childhood through to late adulthood, and can be vague and extremely variable from person to person. If a child is not growing as expected, physicians will commonly screen for celiac disease, which accounts for diagnoses most often occurring in children; however, it is also common for a new diagnosis in individuals within the 40- to 50-year-old age range.

More than 97% of people diagnosed with celiac disease have genes known as HLA-DQ2 and/or HLA-DQ8, compared with only 40% of the general population. Testing for this marker is expensive and does not confirm a celiac diagnosis. It is still not readily available in Canada.

While some symptoms may alert a physician to suspect celiac disease, these alone are insufficient to form a diagnosis. Researchers encourage healthcare professionals to be aware of the risk factors for this genetic disorder and to test anyone who could be at risk. Specific blood tests can determine with very high accuracy whether someone has celiac disease. Tests are not as accurate in small children. The gold-standard definitive diagnostic test is analysis under a microscope of a biopsy taken from the inner lining of the small intestine. Blood and biopsy results are most accurate if the person has been consuming gluten in the weeks leading up to the tests. The small intestine’s healing response to a gluten-free diet can later help to corroborate the diagnosis.

At present, the only approved treatment for celiac disease is lifelong dietary avoidance of gluten. Many foods contain gluten, including all wheat, barley, rye, and triticale products. Food manufacturers often use gluten in food processing because it binds, stabilizes, and prevents crumbling. Those with celiac disease must completely avoid all types of obvious gluten (e.g., breads and pasta not designated gluten-free), and must watch for and avoid hidden sources in all packaged or processed foods (e.g., soups, ice creams, and sauces), by reading all labels thoroughly and regularly, since manufacturers sometimes change recipes and could include gluten in a previously gluten-free product. Substances toxic to individuals with celiac disease may be found in products where you least expect them, such as in the adhesive found in some envelopes and stamps, in vitamins and medicines, and even in some mouthwashes and toothpastes.

There is clinical evidence that the consumption of 50-70g per day of pure, uncontaminated oats may be safe for adults with celiac disease. However, since exceptions can occur, it is best to discuss your ability to tolerate oats with your physician. Also, be cautioned that there is no guarantee that oats haven’t been contaminated with other grains along the food supply chain.

The gluten protein in corn and rice is not toxic to celiac patients, so you may substitute these items in your diet. Some other products that are safe for those with celiac are amaranth, arrowroot, buckwheat, flax, pulse flour made from legume seeds (bean, garbanzo, lentil, and pea), millet, potato flour, potato starch, quinoa, sorghum flour, soy flour, and tapioca. However, cross-contamination might occur if milling of these flours occurs at a facility that also processes gluten-containing products. Be a wise consumer and check the source of the products you use. For a more complete list of gluten-free and gluten containing foods, visit our website or contact our office. You may also find it valuable to make an appointment with a registered dietitian, who can help you customize a diet that works for you.

When dining out, speaking personally with the chef and requesting only gluten-free foods and ingredients may help avoid problems; however, gluten contamination within any kitchen serving products containing gluten is highly likely. Many people with celiac disease find it easier to frequent restaurants where they are sure that the staff can comply with the no-gluten rule. Others keep gluten-free snacks with them in case they cannot find safe food when eating out. Eventually, screening for gluten becomes second nature, whether shopping for home supplies or considering menu selections.

Products such as EZ Gluten™ test strips make it possible to take a sample of a food or beverage and test it for gluten within a few minutes, which could help eliminate the guesswork out of choosing safe foods. It is portable, easy to use, and offers more than 99% accuracy.

Although strict diet adherence alone will lead to intestinal healing in most individuals, some might require a short course of an immunosuppressive medication, such as prednisone.

Following a gluten-free diet will stop symptoms in most individuals who have celiac disease. Improvements usually begin within days and the existing intestinal damage will begin to heal in as little as three months, although for some older adults, it may take up to two years for all the villi to be fully functional. By avoiding products with gluten after diagnosis, you can avoid further damage and negative progression of the disease. Severe, harmful health consequences may appear over time without adherence to a strict gluten-free diet.

Note: Contact the Canada Revenue Agency for details on tax concessions possible for the increased cost of gluten-free foods.