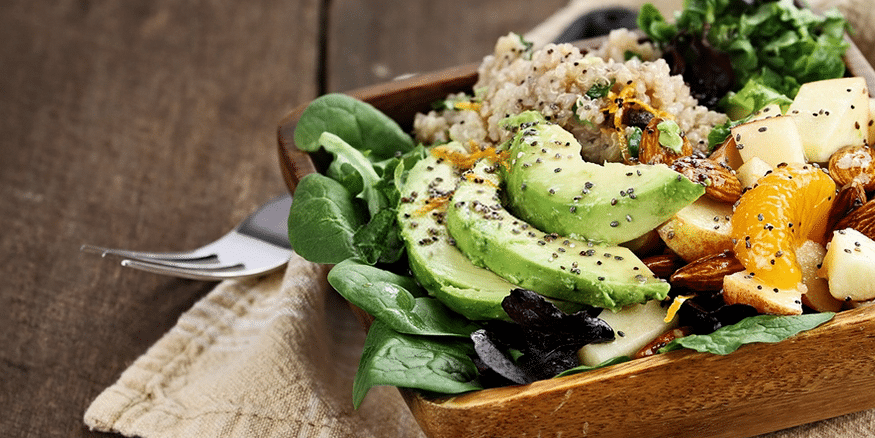 Diverticular disease (also called diverticulosis) is characterized by the presence of small sac-like out-pouchings (diverticula) of the colon lining, which balloon through the outer colon wall. Symptoms can include constipation, diarrhea, or alternating between the two stool extremes. Many individuals have no symptoms and do not realize that they have diverticular disease until they experience a flare-up (diverticulitis), in which the diverticula become inflamed and/or infected and cause pain, fever, or other symptoms. In 75% of cases, diverticulitis occurs without any significant complications, such as fistulas or the need for surgery; instead, treatment normally consists of antibiotics, a temporary low-fibre or liquid diet for bowel rest, and sometimes additional medications.1

Although the exact cause of diverticular disease is still unknown, it is particularly prevalent in Western countries, and researchers have long suspected a link with the Western diet, which is typically low in fibre. Scientists believe the diverticula likely form due to increased deposition of collagen in the intestinal wall (causing decreased tensile strength), slower transit of bowel contents, and straining to move stool.2 For many years, medical professionals have encouraged people of all ages to consume a diet that is high in fibre. A recent review of diverticular disease research and treatment practices, published in The Canadian Journal of Gastroenterology,1 suggests that many healthcare practitioners may still be advising patients with diverticular disease to avoid seeds and nuts, even though research continues to show that there is no causal link between consuming these foods and incidents of diverticulitis. There is, however, still a strong link between a low-fibre diet and the development of diverticular disease.

A large cohort study recently published in The British Medical Journal3 showed that vegetarians have a significantly lower risk of developing diverticular disease than meat-eaters. The numerous previous studies that have shown a similar link have speculated that it was due to the fact that vegetarians normally consume more fibre than meat eaters. This new study, however, which followed 47,033 men and women in England and Scotland over approximately twelve years, showed that there may also be a link specifically related to a lack of meat in the diet.

Vegetarians had a 31% lower risk of developing diverticular disease compared to the meat eaters in the study. Even after the researchers took into account other factors, such as dietary fibre intake, body mass index (BMI), and the possibility of other variables not measured in the study, the observed decrease in risk remained high. The researchers believe there must be a strong connection between vegetarianism itself and reduced risk of diverticular disease, though they do not know yet why this is so. The cumulative probability of admission to hospital or death from diverticular disease between the ages of 50 and 70 for meat eaters was 4.4% compared with 3.0% for vegetarians.

Between 1993 and 1999, the researchers recruited people who were over the age of twenty for the study and asked them to complete an initial questionnaire on diet and lifestyle, and to estimate their intake of 130 different foods and beverages in a given year. Researchers divided participants into four categories along a meat eater to vegan continuum, including those who:

The study excluded participants after the initial questionnaire if they were older than 90 years of age at recruitment, had unreliable medical records or diet data, or if they reported altering their diet because of gastrointestinal issues (e.g., IBS).

Other variables included in the initial and follow-up questionnaires were participants’ tobacco use, alcohol consumption, exercise type and frequency, body mass index (BMI), education, socioeconomic status, medication use, and other health issues (e.g., diabetes, cancer). The researchers gathered information on diagnoses of diverticular disease by linking hospital records and death certificates, and followed the participants until 2009. The cumulative probability of developing diverticular disease between ages 50 and 70 was 4.4% for meat eaters and 3% for vegetarians and vegans. There was no correlation between the amount of meat eaten and the risk of diverticular disease. Even those who ate some fish but not other types of meat had no significantly lower risk of developing the disease than those who ate a variety or large quantity of meats.

Both vegetarians and those with high-fibre diets tend to have faster bowel transit times and more frequent bowel movements than meat eaters or those with low-fibre diets. The researchers speculate that a higher intake of meat could increase the risk of diverticular disease because such a diet may alter the metabolism of bacteria in the colon, thus weakening the colon wall and allowing diverticula to form. However, they recommend further studies that would re-examine their results, as well as ongoing follow-up of the remaining participants in their study. They also admitted that, because their data came from hospital reports, it might not represent the true rate of diverticular disease among the participants, particularly if vegetarians are more likely to seek non-traditional medical treatment, resulting in hospital records that might not contain accurate diverticular states for these individuals. It is also possible that those with diverticular disease who eat meat are more likely to experience symptoms of diverticulitis, which means that some vegetarians with the disease might not have experienced symptoms and, therefore, did not need to seek medical care for a diagnosis.

The 2000/01 UK National Diet and Nutrition Survey showed that 72% of men and 87% of women were not meeting the recommended average intake for dietary fibre of 18 g/day,4 and so the proportion of cases of diverticular disease in the general population attributed to a low-fibre diet could be considerable. These findings lend support to public health recommendations that encourage the consumption of foods high in fibre, such as wholemeal breads, wholegrain (unrefined) cereals, fruits, and vegetables.

Half of Canadians older than fifty years of age and 75% of those aged eighty and older have diverticular disease.5 However, it can affect individuals at any age, and those who are younger than forty can sometimes experience more severe symptoms. Recent studies also show a significant increase in rates of the disease in those 18-40 years of age.1

First published in the Inside Tract® newsletter issue 179 – 2011