The Inside Affair networking events in Toronto and Vancouver (Burnaby) this fall allowed business, health care, and patient communities to come together to show support for the Gastrointestinal Society’s charitable work. For these events, we focused on honouring the past, considering the present, and looking to the future of gastrointestinal research, science, and health care.

The high point of both events was a heartfelt video from the perspective of our co-founder, Dr. Frank Anderson, regarding the impact the Canadian Society of Intestinal Research and the GI Society have had on patients with digestive and liver conditions over the years. If you wish to view the video, you can find it here.

Dr. Anderson started the charity that would eventually become CSIR back in 1976, along with Chuck and Doris Raeside. They wanted to make more resources available to people who had a GI disease, such as Crohn’s disease, which took the life of their young daughter, Gail.

Over the span of decades, Dr. Anderson has seen tremendous changes to the health care system, our understanding of GI diseases and disorders, and treatment options available, and has helped countless patients find ways to manage their diseases and have a better quality of life. One such patient, Ann Harding, was at our Vancouver event. She saw Dr. Anderson and said, “Hi Dr. A., you probably don’t recognize me because when we first met more than thirty years ago, I was at death’s door. But, thanks to you, I am still living a full, healthy life.”

The honouring of Dr. Frank Anderson was meaningful to former patients and medical colleagues, and touched the hearts of everyone present, especially members of the Anderson extended family who attended.

The GI Society also presented Dr. Anderson with an Inuksuk at the Vancouver event. The term Inuksuk means, ‘to act in the capacity of a human’. It symbolises the human spirit and our ability to succeed with others, where we would fail alone. The Inuksuk reminds us of our need to belong to something greater than ourselves and reinforces our ability to commit to common goals. Dr. Anderson exemplifies these ideals. 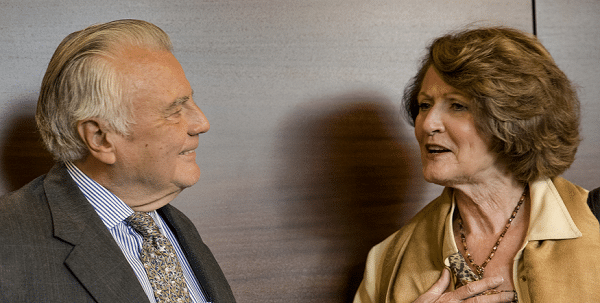 Dr. James Gray, chair of our Medical Advisory Council, emceed our first Inside Affair of the year on September 22 at the Delta Hotels Conference Centre in Burnaby, right on the Vancouver border. We were lucky to have Dr. Terry Lake once again speak at our events. In 2015, he spoke as the then British Columbia Minister of Health. This time, he came back as the Vice President of Corporate Social Responsibility at Hydropothecary, a licensed producer of medical cannabis products, based in Quebec. His stirring speech focused on the coming changes of cannabis regulation in Canada, and the promise this plant holds for treating the pain, inflammation, and nausea that are part of many GI diseases and disorders.

Another speaker was Kevin Gemmell, station manager for Fabmar Communications in Chilliwack, BC, and president of the British Columbia Association of Broadcasters. The Association presented us earlier in the year with its Humanitarian Award, providing us with free broadcast advertising across the province to share our important messages about GI diseases and disorders.

Attendees at the Vancouver Inside Affair also heard from Dr. Hal Gunn, CEO at Qu Biologics and InspireHealth, about the promising future of treatments for inflammatory bowel disease using site specific immunomodulators, which are designed to help restore the body’s normal immune function.

On October 25, we had our second networking event at the Fermenting Cellar in the Distillery District of Toronto, where we have held many Inside Affairs in past years. Robert Kulik, a director on the GI Society Board was the emcee at this event. The General Manager of AbbVie Canada, Stéphane Lassignardie, spoke about innovation, reminding us that as research for new treatments evolves, we need to continue to include the patient voice and work together. He emphasized that ethical behaviour among all stakeholders in health care is paramount. Dr. Terry Lake took to the podium again, once more talking about medical cannabis for digestive illnesses, and how he valued working with the GI Society as the former BC Minister of Health.

Toronto attendees also heard from Maureen McGrath, a registered nurse who hosts the Sunday Night Sex Show on News Talk 980 CKNW in Vancouver. She spoke about the complications that GI illness could have on someone’s sex life and how to stay positive.

An Evening of Fun

Sometimes, the smallest things can help reduce the taboo of digestive illness. Attendees had a blast playing with sparkle-pooping-unicorn keychains while chatting. Both venues also had their own renditions of poop emoji mousse brownies, and many were taking selfies with these poop-themed items and sharing them on social media, showing that we can talk freely about this bodily function. It doesn’t have to stay quietly in the shadows, causing those with digestive diseases to hurt in silence.

Both Inside Affairs were powerful events, where old friends connected, new friendships were forged, and networking occurred naturally throughout the evening. One of the notable things about these events was that as much as everything began and stayed on schedule, our guests still chose to stay long past the farewell. We also had unique guitar soloists live at each event, setting the ambiance.

We thank all of our speakers and appreciate them taking the time to share vital knowledge and insights with the attendees. We are also grateful for the organizations and individuals who recognized the work of the GI Society by sponsoring these events, purchasing tickets, or volunteering. We could not have done it without you! Together we raised $135,000 in essential new funds to support the work of the GI Society. Our major event sponsors were AbbVie, Allergan, AstraZeneca, Gilead, Janssen, LifeScan, Lupin, Merck, Pfizer, Servier, and Shire. 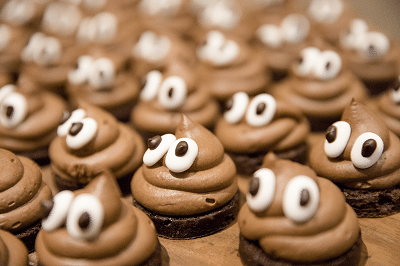